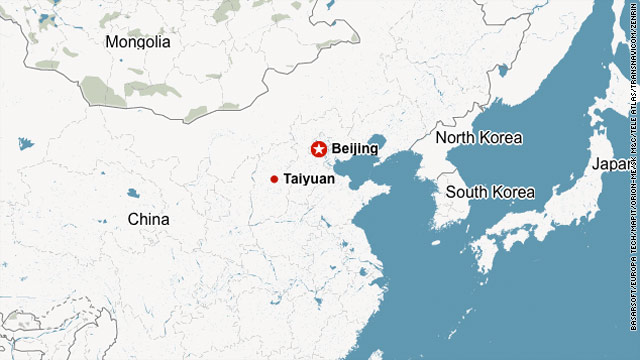 The ban in Taiyuan comes after a previous Xinhau report that privately run kindergartens in that city’s province, Shanxi, were charging parents about $190 (1,200 yuan) for the opportunity to have their kids' palms read.

The company that designed the test, Shanxi Daomeng Culture Communication Co., claimed the palm reading could help determine a child’s innate intelligence and identify kids’ aptitudes in subjects such as math and music, and was applicable to children older than 3 months of age, according to Xinhua.

But Taiyuan education officials have “issued a circular to criticize the three kindergartens” that offered the tests, and have launched an investigation into whether the schools were ripped off by the company, the city’s education bureau chief, Ma Zhaoxing, told Xinhua.

Some parents in Taiyuan had complained about the cost and expressed doubts about the tests' reliability, the news agency reported.

Lea Walker, founder and director of the U.S. Chinese Culture Center in Columbia, South Carolina, told CNN that she understood why some Chinese parents might be interested in the palm-reading tests. She taught early childhood education at Wuhan University in Hubai province before immigrating to the United States in 1991.

"It may seem different to another culture, but there's a real and very deep desire in Chinese culture to have an idea of how your child will perform when they are still very young,” said Walker, whose nonprofit center is sanctioned by the Chinese government to host workshops and teach English in China. “There's great emphasis placed (on) whether they will be good at sports or good at music, academics, whatever you need to know to get them started in specific classes geared toward those disciplines. This is just part of many traditions.”

When children have their first birthdays, she said, some parents will have them crawl toward some items placed in their path.

"If they pick up a pen, they'll be a great writer some time, for example," she said. "This is just an expression of nurturing your child. Not many people believe it's scientific, or that palm reading is scientific."

Walker said she suspects the tests also might have been appealing because of China's one-child policy that limits Chinese parents to a single child.

"If you have one child, you really want them to succeed," Walker said. "You're going to (do) anything you can to make sure of that."

But Walker said she thinks the Taiyuan government’s ban on the palm-reading tests is a move in "the right direction.”

“I think the palm reading for young children might be misleading and might hinder the children’s future development,” she said.