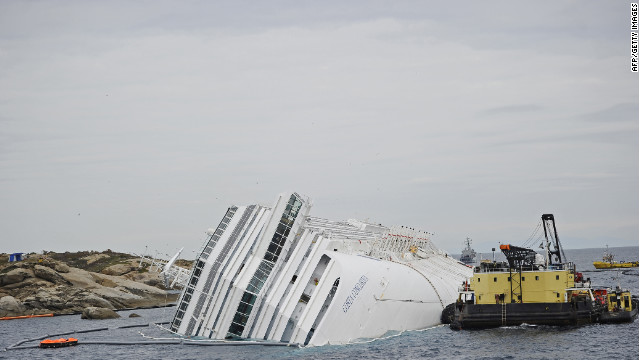 Technical experts directing the salvage operation aboard the Costa Concordia cruise ship are recommending that the underwater part of the operation be called off because it is becoming too dangerous, Italy's civil protection agency said Tuesday.

The head of the operation, Franco Gabrielli, will make the final decision, but is unlikely to go against the recommendations of the technical experts, his office said.

The advice is based on safety concerns and follows consultations with relatives of the people still missing from the shipwreck and diplomats representing their countries, the civil protection agency said.

A total of 15 people remain missing after the cruise ship's collision with rocks off the coast of Tuscany on January 13. Seventeen bodies have been recovered. There were about 4,200 people on the cruise liner when it crashed.

10:46 pm ET April 14, 2021 RETWEET
The Biden administration is expected to sanction Russia and expel several Russian diplomats from the US in responseâ€twitter.com/i/web/status/1â€¦Wm
cnni