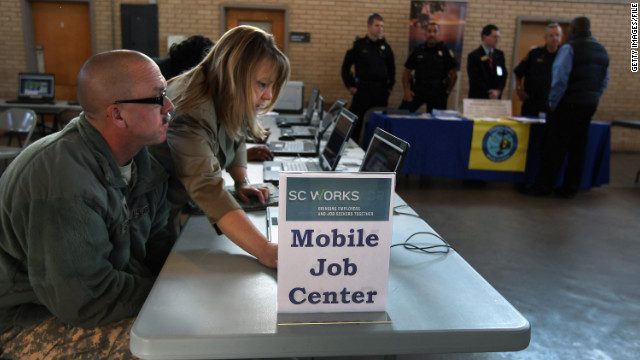 American employers substantially stepped up their hiring in January, bringing the unemployment rate down for the fifth month in a row.

Employers added 243,000 jobs in January, the Labor Department reported Friday, marking a pick-up in hiring from December, when the economy added 203,000 jobs.

Meanwhile, the unemployment rate fell to 8.3%. That is the lowest since February 2009.

Job growth was much stronger than expected. Economists surveyed by CNNMoney had forecast 130,000 jobs added in the month, and that the unemployment rate likely ticked up to 8.6%.

"This is an optimistic jobs report, especially in light of very poor jobs reports for almost three years," said Brian Hamilton, CEO of Sageworks, a financial information company. "We don't know if the positive jobs trend will continue, but it is definitely a good trend."