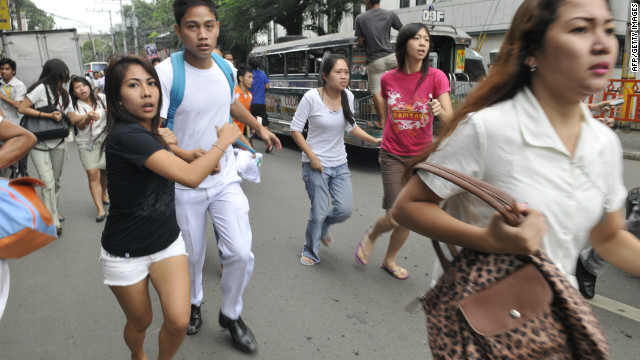 A 6.8-magnitude earthquake struck Monday off the third-largest island in the Philippines, prompting the country to issue a tsunami alert for the coastlines near the epicenter.

The Philippine Institute of Volcanology and Seismology issued a level 2 tsunami alert for areas along the Tanon Strait between Negros and the neighboring island of Cebu.

That's a notch below the highest tsunami alert of level 3, which requires evacuation of the affected areas, a spokeswoman for the institute said.

She said the institute was advising people to watch out for unusual waves and to stay away from the shoreline.

No tsunami warning was issued for the wider Pacific region and there was no tsunami threat to Hawaii, the Pacific Tsunami Warning Center said.