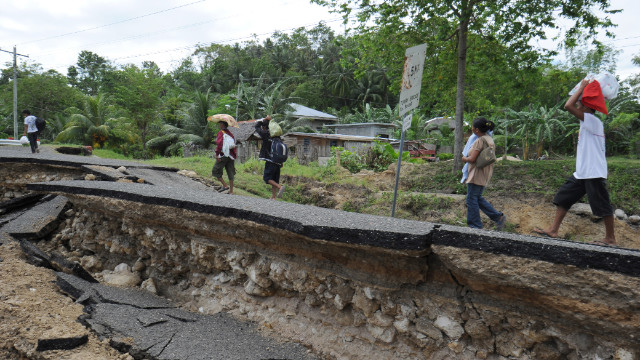 Residents carrying their belongings cross a damaged road, part of a national highway in the village of Tuway, Philippines on Tuesday.
February 7th, 2012
05:33 AM ET

Military mobilizes as death toll climbs in the Philippines

The death toll climbed to 48 on Tuesday from a strong earthquake that rocked the Visayas region of the Philippines, state media reported.

Another 92 people were reported missing as the nation's military scrambled 1,000 government troops to deal with the disaster, according to the Philippines News Agency.