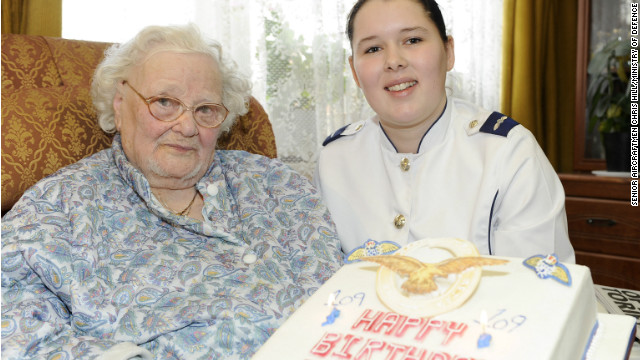 The last known surviving veteran of World War I has died. Florence Green, 110, was a waitress in Britain's Royal Air Force.

"In a way, that the last veteran should be a lady and someone who served on the home front is something that reminds me that warfare is not confined to the trenches," Retired Air Vice-Marshal Peter Dye told Time.

"It reminds us of the Great War, and all warfare since then has been something that involved everyone," Dye, director-general of the RAF Museum, told Time.Â "It's a collective experience. ... Sadly, whether you are in New York, in London, or in Kandahar, warfare touches all of our lives."

Green was 17 when she joined the Women's Royal Air Force in 1918, two months before the armistice, the BBC reported.

She recalled her wartime experiencesÂ in a 2008 interview, retold in Time.

"I met dozens of pilots and would go on dates," she said. "I had the opportunity to go up in one of the planes but I was scared of flying. I would work every hour God sent. But I had dozens of friends on the base and we had a great deal of fun in our spare time. In many ways, I had the time of my life."

Two weeks shy of her 111thÂ birthday, GreenÂ died in her sleep Saturday night at a home care facility in King's Lynn, Norfolk, according to the BBC.