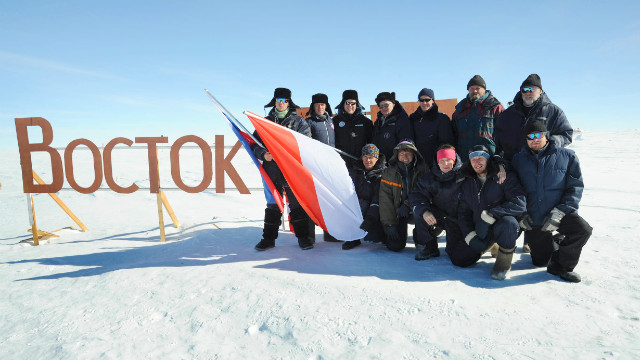 Scientists hope samples of Lake Vostok, a body the size of Lake Ontario, will yield signs of previously undiscovered life and new clues about the history of the planet. The lake is believed to have been covered by ice for up to 30 million years.

Russian researchers completed the drilling effort Sunday, reaching the lake at a depth of 3,769 meters (2.3 miles) into the ice, the St. Petersburg-based Arctic and Antarctic Research Institute reported.

When the ice above the lake was breached, lake water was sucked up into the bore and froze, the Russians said. That will allow researchers to take samples back to the surface without contaminating the lake below, they said.