Democrats and Republicans are grappling over a pending federal rule requiring religiously affiliated employers to provide full contraception coverage to women. So are our readers, who posted several comments in defense of birth control. Others said people should step back and think about the implications of this policy.

Here are arguments on each side of the issue.

tedkingston: "These are nonprofit entitites, trying to make the world a better place, and the big government bureaucracy is MANDATING that they sacrifice their values in favor of what government elites think is best for individuals. By the way, there are birth defects related to birth control and other problems. Do you really think a drug that can cause birth defects is good for you? Do you really think it's good to mandate charities provide it for their employees, against their organizational values? Epitomizes socialism/fascist liberal movement in this country. That the people can't take care of themselves and the government knows better."

Jean-Philippe Lamoureux of the University of North Dakota Fighting Sioux tends goal during a game in Denver in 2008.
February 9th, 2012
06:50 PM ET

There's a bit of controversy going on between the NCAA and the University of North Dakota over the school's mascot, the Fighting Sioux. Readers had strong responses to CNN's story.

Many of our commenters were supportive of the name, citing the Fighting Irish as an example of another use of cultural stereotype.

bronson2010: "This is ridiculous. The political correctness that has overtaken this country astounds me. What about the University of Notre Dame Fighting Irish? Is that offensive? Perhaps to the Irish. I'm Irish and I support North Dakota with my heart and soul, even though when you think about it, this may be considered offensive since the Irish were stereotypically known for getting drunk and fighting. Time to grow a skin people. Or did I offend you?"

This former student says the name is OK. Several commenters said the use of the name Fighting Sioux is a compliment to the Native Americans in the area.

PhiDelt: "As a former student of the University of North Dakota, I am happy they are fighting to keep this name. It is a long and storied tradition at UND, and it does honor the Sioux of that area."

A few commenters said the word "Sioux" is not an actual name for the tribe.

N8iveThought: "What people don't understand is Sioux is not a Lakota, Nakota, or Dakota word. It is French for enemy/snake. It's insulting because it's not a name we call ourselves. I'm Oglala Lakota not Oglala Sioux. There is a difference there and we natives are the only ones who know it. It's like calling every white person in the United States French or jew or whatever may have it. Also there are many tribes that were called Sioux. There areÂ seven tribes in South Dakota alone that have been label Sioux. Which in turn are really not. We have the Cheyenne River, which consists of four bands (Itazico, O'ohenunpa, Minnecojou, and Si hasapa), Oglala, Sicungu, Yankton, Lower Brule, Sisseton Wahpeton, etc. Not to mention the tribes in Minnesota, North Dakota and Montana. So I think they'd have to get permission from all tribes to actually use the insulting name in question." 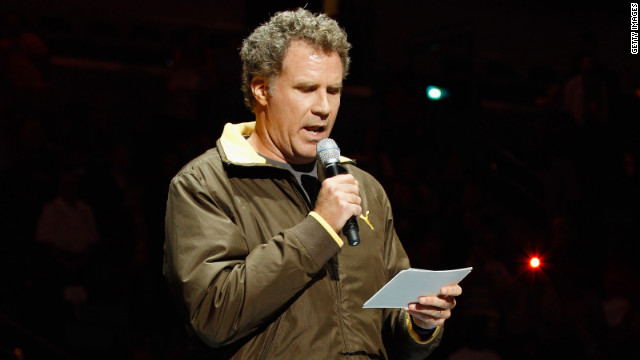 END_OF_DOCUMENT_TOKEN_TO_BE_REPLACED

The reactors are being built in Georgia by a consortium of utilities led by Southern Co. They will be sited at the Vogtle nuclear power plant complex, about 170 miles east of Atlanta. The plant already houses two older reactors.

"Today marks an advancement in our nation's energy policy," Southern Company chief executive Thomas Fanning said at a press conference after the approval. "The project is on track, and our targets related to cost and schedule are achievable."

The five-member NRC voted in favor of the licenses four to one, with Chairman Gregory Jaczko dissenting.

In the largest deal to date aimed at addressing the housing meltdown, federal and state officials on Thursday announced a $26 billion foreclosure settlement with five of the largest home lenders.

The settlement settles potential state charges about allegations of improper foreclosures based on "robosigning," seizures made without proper paperwork.

At least $17 billion of the settlement will go to reducing the principal owed by homeowners who are both underwater and behind on their mortgages. Depending on which loans have the amount owed cut, the amount of principal relief could reach as much as $34 billion.

The Republican presidential candidates have their eyes set on Maine, which will hold a caucus of its own on Saturday.Â  CNN.com Live is your home for all the latest developments from the campaign trail.

END_OF_DOCUMENT_TOKEN_TO_BE_REPLACED

The United Nations was expected Thursday to take up an Arab League proposal that calls for a joint monitoring mission in Syria as President Bashar al-Assad escalated a brutal assault against the opposition calling for an end to his regime.

The move follows what Secretary-General Ban Ki-moon described as a "disastrous" failure this week by the U.N. Security Council to agree on a resolution to condemn the violence in Syria and call for al-Assad to step down.

The fallout from that failed vote is playing out in the streets of the besieged city of Homs - Syria's third-largest city - which has become a flashpoint in the uprising.

A Los Angeles-area school at the center of a shocking child abuse scandal reopens Thursday with an entirely new staff, including the principal, teachers, administrators and janitors

About 70 new teachers will welcome the 1,400 students who attend Miramonte when they resume classes.

"The teachers are concerned on how the children are going to feel," said Contisia Davis, a special education assistant and 16-year teaching veteran.

Davis, 36, said she and the new faculty are trained to include social skills in their lesson plans so kids can adjust to the sudden change of having all new teachers.

Authorities launched an investigation into how dispatchers handled 911 calls from those seeking help before Josh Powell killed his sons and himself in his Washington home.

Critics have said it took too long for dispatchers to grasp the danger of the situation and alert police.

Orr's comments come as the community come to grips with Sunday's murder suicide at Powell's Graham, Washington home. Powell is accused of snatching his young sons from a social worker who was delivering them for a supervised visit, locking the door, hacking the kids with a hatchet and starting an explosive fire in the home.

A tense calm reigned Thursday morning in the streets of Male, the capital of the Maldives, a day after the country's former president and his supporters clashed with the police.

The unrest in the Indian Ocean nation, which has reportedly spread beyond Male to outlying islands, is the result of the ouster Tuesday of Mohamed Nasheed - the country's first democratically elected president in three decades - after opposition demonstrations and a police revolt.

Nasheed, who says he was forced to resign at gunpoint in a coup, has called for his successor - his former vice president, Mohammed Waheed Hassan - to leave office. His account is contested by political opponents who say Nasheed is destabilizing the country.

On Wednesday, Nasheed found himself back in the familiar role of street protester.

His party, the Maldivian Democratic Party (MDP), said the former president and several lawmakers had been beaten by police during what it described as "a peaceful protest."

Video footage posted online by RaajeTV, a user-submitted video sharing site, showed a group of police officers entering a store and escorting Nasheed out into the street. It did not show him being beaten.

Jesse Curtis Morton was the co-founder of Revolution Muslim, a radical group based in New York City that is supportive of al Qaeda's worldview.

The former Brooklyn resident, also known as Younus Abdullah Mohammad, was taken into U.S. custody in Morocco on October 28, according to court documents.Morton left the United States in summer of 2010 because he feared arrest after two associates from New Jersey were charged with terrorism offenses in June of that year, according to the official.