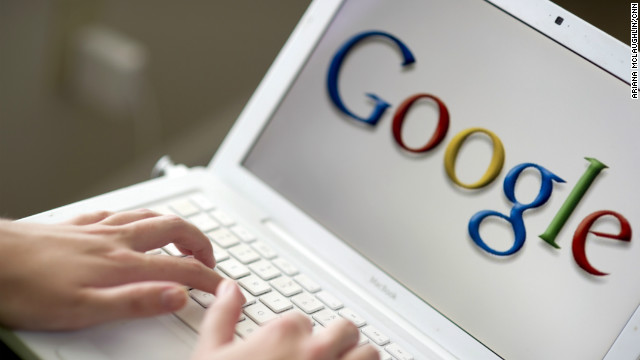 Our readers are sharply divided between those who are fans of Apple products, and those who like Android and other platforms.
February 10th, 2012
08:06 PM ET

Overheard on CNN.com: Android, Apple fans duke it out in the comments

Think of this as a companion piece to the previous "overheard" post on privacy. There was a comment in the story about Google that provided some inspiration.

Pitt86: "Slightly off topic, but, in the 'Google vs. Apple' climate seemingly everywhere on this site, am I the only one that finds some humor in the fact that the picture at the top of the article shows a Google screen on a MacBook?"

We do have quite a division between people who despise Apple products and those who love them. There are devoted Android and Google fanbases, but also plenty of iPhone and Macintosh devotees. This division was fairly evident in a few stories this week, but maybe no more than in this piece about the cost of iPhones for carriers.

The iPhone is a nightmare for carriers

Sinator: "It's not right that we non Apple users are subsidizing the posers through higher rates. They just need to tack on a sour Apple fee for those who can't feel cool without one.

fingaz: "And this is why I will be getting the Droid 4 this Friday. Verizon knows that they can make more of a profit on this phone while still sell this awesome phone for cheap! Apple products are simply just wayyy over priced with tons less features then other phones. And you can't even customize them. Its Apples way or the highway! I still have no idea why people buy them!"

But this reader went for Apple.

zopaa: "So I got a brand spanking new Motorola Android-based phone last October. It was great, but I switched to iPhone as soon as it was available on Sprint. The reason? I was trying to show off my new Android phone to my friends after work, but couldn't because the batter was dead. All the bells and whistles are not worth anything, if the basic functions are not there. When in a few years Android make a usable product, I may switch back. I have no allegiance to Apple, but I want to have the best device and IMO iPhone is such a device for a mobile phone."

These commenters talked about the U.S. mobile market. Some of our readers said other countries do it better.

Zoofamily: "That's what makes America great. You can leave at any time and sign up for Sprint or TMobile. If you hate Apple so much, go to company that is not beholden to them."

all423421: "We actually have one of the least competitive wireless markets in the developed world. Then you have the other problem of the handsets being locked down and not allowing you to use other carriers. Keep in mind, the most competitive markets and services are in Europe and Asia, where Big Government sets the rules and actually promotes competition."

alphaneko: "Cry me a river. After squeezing customers for decades, you think anyone really cares whether their telco is being squeezed by Apple? This is an industry well known for screwing their customers. It's time they learn how it feels to be on the receiving end."

But back to the Apple-Android rivalry fun. Some of our readers say Android devices are awesome.

Dustin Feltz: "As long as my Android-based phones are on par with Apple's, spec-wise, and I'm able to root and mod as I please, I will continue to laugh as people dish out extra money for a brand name."

krozareq: "I hear that. I can actually do what I want with my phone instead of Apple restricting everything so that they can introduce it in a later iPhone. Apple is all about marketing."

nightsun2k7: "I agree, love my android phone, i have 3 friends that are going to switch from iPhone to Droid on their next purchase. I turn it on, it works, I plug it into any computer and transfer songs and data all I want. I can use SD cards to expand memory all I want. It even has Flash. What more could you ask for at half the price of an iPhone."

Some came back and defended Apple.

Luyt: "I honestly don't understand why people insist on knocking Apple (or Windows for that matter) in these comments. It's a brand, simple as that. If you like it, you buy more of it, often w/o shopping around for alternatives – if not, you don't. That's what brands are for. Are you constantly shopping around for the "best" coffee (clothes, beer, shoes, insert whatever) at the "best" deal? No, you simply stick with what has treated you well. BIG DEAL. Why do you buy the brand X shoes you buy? Have you tried them all? Are they the "best," the cheapest?How would you respond if some pr*ck that was walking by told you your shoes were overpriced and you simply were a follower? As far as the carriers in the article ...? They are big boys and girls and can make their own decisions, and will likely make a lot of money doing so. You don't become ATT, Verizon, or etc by paying out more than you get in. If you think otherwise, take your extraordinary business acumen and start up your own electronics or carrier company. Good luck."

Lionsson: "I think everyone can agree that if a carrier raises the price on the iPhone by 40% they are sure to lose that race. So one could say every customer in a way is helping pay for the iPhone with the higher price place on everyone."

Luyt: "Lionsson, I am not saying you are wrong, but I don't understand your point/argument ... First, where do you get the "40%" number from? Second, I think we need to know a lot more details before we can say that the carriers are raising everyone's rates in order to carry iphones. Nonetheless, if true, do they do the same for android based systems? Next, for the sake of argument, let's say they raise rates solely to carry iPhones. This concept is not new. We all 'overpay' for one thing or another for something we don't use."

Pederson23: "All wireless companies should raise data rates just for iPhone users. Apple might not like that but its one way of strong arming them to lower subsidy. iPhones aren't worth it anyway. Slow phone, small screen, no 4G, and it takes forever for Apple to release improvements. Apple is going down hill. Besides, what can an iPhone do that an Android can't?"

JedioftheSun: "Most iPhone users can't do anything past sending an email. That's why they had to introduce that one thing where you ask it a question for something that should learn how to do yourself on the phone. Sheeple or iSheep are blind followers of Wozniak's stolen ideas."

There's always another point of view.

JonfrmHi: "Give me a break. The phone is 900 at most. I pay at least 90 a month. thats roughly 2,160 over the course of my two year contract. they more than make up the subsidized price. Please. Besides, everyone wants the iPhone and the carriers know it. Thats why Sprint just 1.4 million iPhones in the first quarter they've had it, and 40% were new customers. I doubt that if the iPhone was 'bad' for carriers they would choose to carry it."

Can you hear me now?

elazul2k: "The iPhone is a modern day plague. Everywhere you go you see morons ignoring the world around them having their brains sucked away by this device. I hope it buries the greedy carriers too. All of them deserve each other!"

Wow, that was a tough fight. What do you think? Share your opinion in the comments area below and in the latest stories on CNN.com. Or sound off on video via CNN iReport.