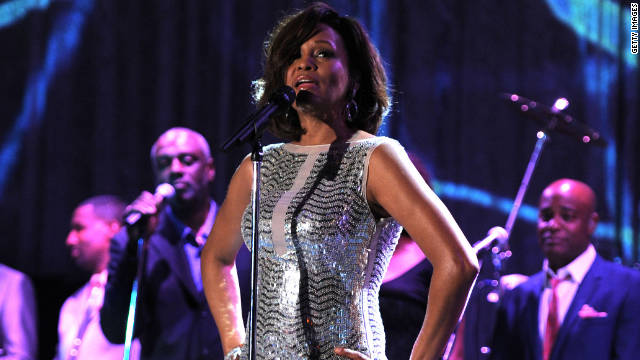 The cause of death and where she died were not immediately known. In May 2011, Houston got help for her much-publicized struggle with drugs and alcohol, her representative said at the time.

Tributes began flooding in almost immediately as people began expressing their shock at the news. Nearly all of the trends on Twitter worldwide were shortly associated with the singer's death. Among them: R.I.P Whitney Houston, #DearWhitney, #IWillAlwaysLoveYou, The Bodyguard, Bobby Brown and Wanna Dance With Somebody.

LaToya Jackson also took to Twitter to express her condolences to Houston's family. She and the rest of her family have gone through the turmoil of dealing with the sudden death of the King of Pop Michael Jackson.

The news of Houston's death brought many people back to their childhood and reminisced on all of the ways Houston's music had entered their lives. Whether it was their love of a literal soundtrack, like "The Bodyguard," or the songs that were so embedded into their  souls that ie became soundtrack to their lives, fans shared their sadness at the loss.

END_OF_DOCUMENT_TOKEN_TO_BE_REPLACED

Jackson flew to the southern Somali border town of Dolo, which has provided refuge to the thousands of women and children fleeing drought and conflict in the nation.

"What I am seeing is devastating - these women and children have risked everything to come to this Somalia camp, just to get food," Jackson said. "They need our help."

Somalia has battled famine conditions in some regions and an Islamist insurgency that has disrupted aid to people in danger of starvation. The United Nations declared an end to Somalia's six-month famine recently, but said the situation is still fragile.

The singer teamed up with the World Food Programme for the Wednesday and Thursday visits that included a stop in a slum in neighboring Kenya.