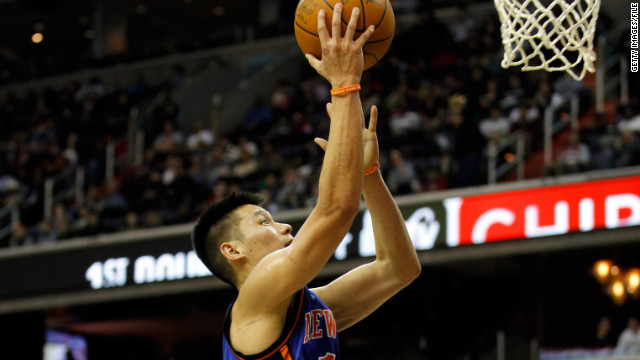 For NBA’s Lin, all pun and games

As the stock rises (literally) of the red-hot New York Knicks, much of the credit has gone to former bench player and superstar du jour Jeremy Lin.

Aside from his meteoric scoring average – 26.4 points a gamein the Knicks' current five-game win streak – basketball pundits have had a field day with clever variations of his name.

Some of them have been gems – Linsanity (sorry Vince Carter). Others, (Lin’d of the Lost,  Really, Yahoo?). Other monikers have clanked like so many shots at the rim: Lin-ter the Dragon? Lin's teammate Amare' Stoudemire, no stranger to nicknames, told ESPN recently that at he actually was fond of the most accurate one. "I like Lin-sanity," he said.

"That's what it is right now. It's really a madness right now around New York, and it's been out of control with him and what he's doing. He's very well-received because he's a humble guy and he loves to play the game." From Lin himself, according to ESPN: Super Lin-tendo. Ahh, we see what you did there.But what about the other linsational (uh-oh) names out there? Here’s a rundown of the monikers popping up on social media:

Damn. Terrible Politics and disinformation is spreading fear and anger into every corner. Fight back. Love hard. twitter.com/jessreports/st…
sarasidnerCNN