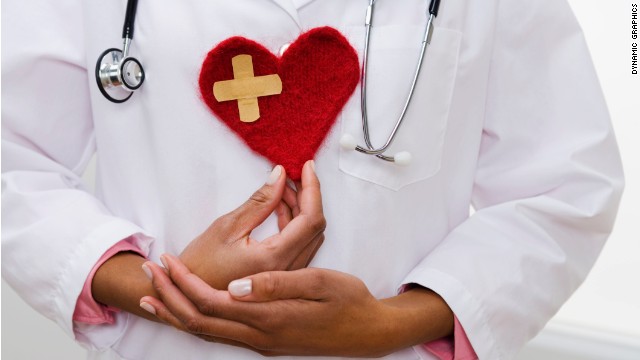 Overheard on CNN.com: Gimme a Triple Bypass, but hold the fries

The story about an apparent heart attack suffered at Heart Attack Grill in Las Vegas was naturally a talker for readers of Eatocracy, our food blog. This story presents a bit of a quandary for some readers.

People who have been to the restaurant shared their opinions.

Amanda: "I've been to this place once when it was in Chandler, Arizona, and you get fat by just walking in the door. This place is a novelty restaurant, so you know what your getting into when you go there. You reap what you sow, if your going to eat a 6,000 calorie burger by yourself. But as much as this article highlights the restaurant, it probably wasn't the burger that gave him the heart attack ... just saying ..."

Tr1Xen: "No joke ... this guy's probably been eating food like that his whole life."

Can a Triple Bypass burger really give you a heart attack right then and there?

Binky42: "These burgers are usually shared by a table full of people. It's not supposed to be eaten by one person alone. But if he went for it then he made that decision on his own, and it cost him. Anyone with common sense knows that eating like that will eventually kill you. Just like how any normal person knows hot coffee can burn you."

Tony: "I don't get what all the fuss is about. This story makes it sound as if it's the burger's fault this guy had a heart attack, but that's BS. What kind of condition was he in before he stepped in to this restaurant? Did he have a heart condition before this? Did he always eat so poorly? How do we know this guy wouldn't have suffered a heart attack munching on celery and tofu?"

Some talked about the economics of eating in America.

gene grossman: "The fact that this restaurant allows people over 350 pounds to eat free reinforces a late-night comedian, who joked that the United States is only country in the world where even poor people are fat ... and now the fat-and-poor have a new place to feed themselves when they get 86'd from Home Town Buffet. I also have a feeling that the reason an ambulance reached the restaurant so fast is because the proprietor must have 911 on his speed-dial. This place should have regular emergency 'gurney drills,' so that everyone knows exactly what to do whenever a customer goes down."

VinnyD: "You understand poor people are overweight because they buy the cheapest food and not the healthiest. Look on the back of a box from a frozen dinner or nutrition information from gas station food and you will see what I am talking about."

Maybe the name says it all ...

asdf: "The headline of this story should be: Cardiologists not shocked by 'most predictable thing ever.' "

One commenter suggested a burger diet was working for him.

Steve: "The funny thing is, I lost huge amounts of weight eating burgers everyday. Just didn't eat the bun and no ketchup (low-carb). I ate so much fat and the all the fat melted off me. I now body build on this 'unhealthy' diet. All my blood tests, BP, all signs greatly improved after my high fat diet. Now the shakes and fries they offer, those might be the real killers."

bluekhakis: "Calories in, calories out. It's a simple formula. Calories eaten – calories burned = net gain/loss. You can eat nothing but 1,500 calories of pure lard (probably not the best thing for overall body function), and if you burn 2,500 calories a day, you'll still be at a 1,000-calorie deficit. Understand that most fast food, if eaten regularly, will have a negative affect on your health. (Ever watch 'Supersize Me'?) There's nothing wrong with having a big, greasy burger every once in a while. It's called moderation, people."