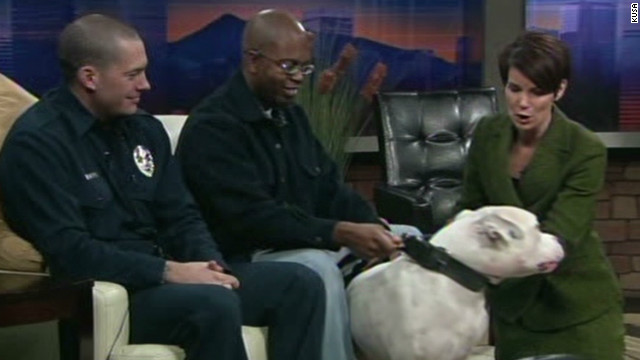 A Denver news anchor is speaking out for the first time after being severely injured when a dog bit her on the face during a TV interview.  Earlier this month, Kyle Dyer was interviewing the owner of an 85-pound Argentine Mastiff who was rescued from icy waters. While petting the dog’s face, Dyer leaned in to kiss his nose when the dog lurched forward and bit her face.

Dyer was taken to Denver Health Medical Center where, after four hours of surgery, she received 70 stitches to her lips and nose. She later posted on Facebook that her mouth was stitched shut in order for the skin graft to take.

She is out of the hospital and recently sat down for an interview to discuss the accident and resulting surgery. Dyer is happy that the dog is back with his owners and is pleased to be recovering and moving forward with life. Listen to her describe the bite and the moment she realized she had no upper lip.