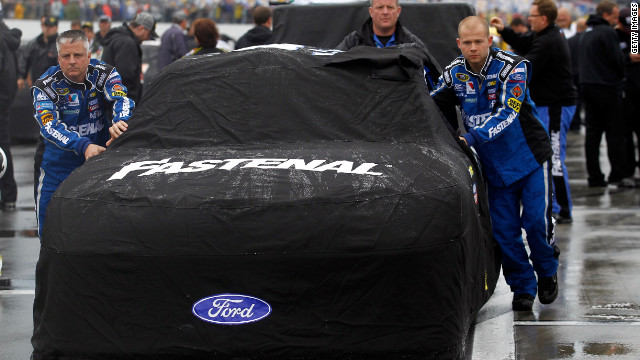 A 1st for Daytona 500: Rain washes out race for the day

NASCAR will battle the elements again Monday - a day after rain postponed the Daytona 500 for the first time in its 53-year history.

After hours of intermittent showers Sunday, race officials decided to pull the plug and give it another try on Monday, rescheduling for a 12:01 p.m. ET start.

NASCAR officials will be battling the odds again Monday. The National Weather Service forecast calls for an 80% chance of precipitation along the central Florida coast.