President Donald Trump will visit his younger brother Robert Trump, who is hospitalized in New York, a source tellsŌĆtwitter.com/i/web/status/1ŌĆ”7z 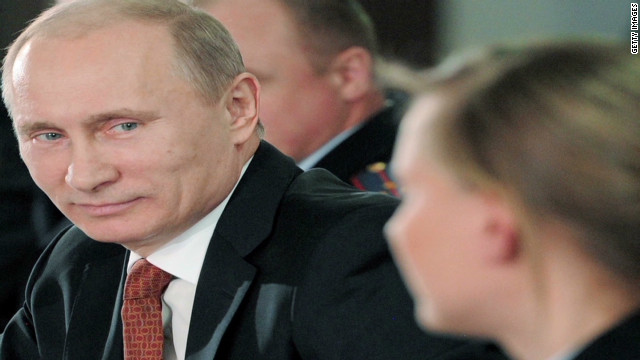 A group in Odessa, Ukraine, has confessed to a plot to kill Russian Prime Minister Vladimir Putin, according to a state-run TV report.
February 27th, 2012
04:39 AM ET

A plot to assassinate Russian Prime Minister Vladimir Putin has been foiled, Russia's state-run Channel One TV reported Monday, less than a week before presidential elections that Putin is expected to win.

Citing unnamed sources, the report said a group of plotters was arrested in the Ukrainian city of Odessa in early January and, after weeks of questioning, confessed to planning to kill the Russian leader.

The TV report included what it said was a confession by a fixer associated with the two men who were seized in Odessa.

"The final task was to go to Moscow and carry out an assassination attempt on the premier Putin," the man, Adam Osmayev, said.

The plot allegedly involved a plan for a suicide bomber, and was organized by Chechen militant leader Doku Umarov, Channel One reported.

CNN has not independently confirmed the existence of the plot.

The announcement comes a week ahead of this Sunday's presidential election.

The UN Security Council has rejected a US proposal to extend the conventional weapons embargo on Iran cnn.it/3iKRfH4
cnni

9:03 pm ET August 14, 2020 RETWEET
US President Trump is willing to hold up funding for the US Postal Service over his concerns with mail-in voting, yŌĆtwitter.com/i/web/status/1ŌĆ”H9
cnni

8:50 pm ET August 14, 2020 RETWEET
When a box truck collided with the school bus, it left the back of the bus crumpled like a piece of paper. The driŌĆtwitter.com/i/web/status/1ŌĆ”6y
cnni

8:31 pm ET August 14, 2020 RETWEET
It's a question everyone wants answered: How long are people protected from catching Covid-19 after recovering fromŌĆtwitter.com/i/web/status/1ŌĆ”DU
cnni