[Updated 1:19 p.m.┬ĀET] A student who hid in a classroom at Chardon High School said that T.J. Lane, the suspect in Monday's shooting, "was a nice guy" who he never suspected would shoot anyone.

ŌĆ£He just came from a really broken down home and he was living with his grandparents," Evan Erasmus, a senior at the school told CNN. ┬Ā"He was more of a quiet type of kid. He was really nice, though, if you did talk to him.ŌĆØ

ŌĆ£He was one of the nicest kids thereŌĆ”," Erasmus said. "It was really shocking that it was him.ŌĆØ

Erasmus said he heard the victims "were all sitting there and then he just stood up and thatŌĆÖs when it all started."

[Updated 12:52 p.m.┬ĀET] Witnesses and one of the shooting victims have identified the gunman as T.J. Lane, according to The Plain Dealer of Cleveland. 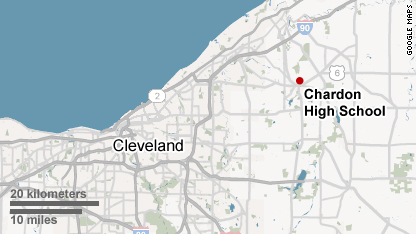 "Parent Jeannette Roth, who had heard from her son Joshua, a junior, said he told her the shooting happened while students were eating breakfast in the cafeteria and waiting for first period.┬Ā Suddenly a boy 'stood up and started shooting, and then it was chaos,'" the Plain Dealer report read.

6:45 am ET February 7, 2023 RETWEET
After decades of painting fakes and falsifying evidence, it was a single act of carelessness that brought the BeltrŌĆtwitter.com/i/web/status/1ŌĆ”go
cnni

6:28 am ET February 7, 2023 RETWEET
When she saw the message, the 25-year-old, from Myanmar, said she froze ŌĆ£like a statue,ŌĆØ her phone falling from htwitter.com/i/web/status/1ŌĆ”GphOfx
cnni

5:00 am ET February 7, 2023 RETWEET
AustraliaŌĆÖs central bank raised its cash rate by 25 basis points to a decade-high of 3.35% and reiterated that furttwitter.com/i/web/status/1ŌĆ”KktT
cnni