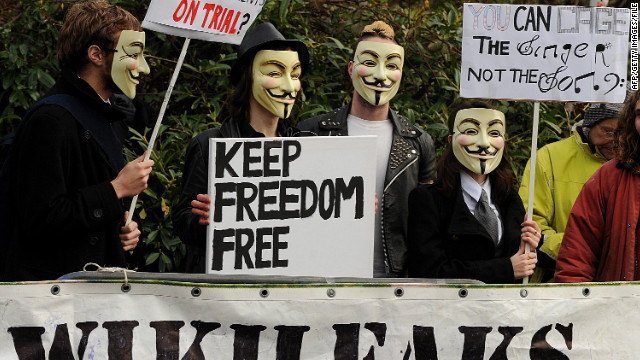 The private intelligence firm Stratfor called the release of 5 million of its e-mails by WikiLeaks a "deplorable, unfortunate and illegal breach of privacy."

"Some of the emails may be forged or altered to include inaccuracies; some may be authentic," the Texas-based firm said. "We will not validate either. Nor will we explain the thinking that went into them."

In a statement released early Monday in Europe (Sunday evening ET), WikiLeaks promised a raft of juicy disclosures about Stratfor, which promotes itself to corporate and government clients as a source of intelligence on international affairs.

WikiLeaks, a website that facilitates the leaking of confidential information, says the documents will be released through a network of more than 25 news outlets and activist groups in the coming weeks.

The first document out was titled "The Stratfor Glossary of Useful, Baffling and Strange Intelligence Terms," featuring brief and sometimes humorous definitions and blunt assessments of U.S. intelligence and law enforcement.