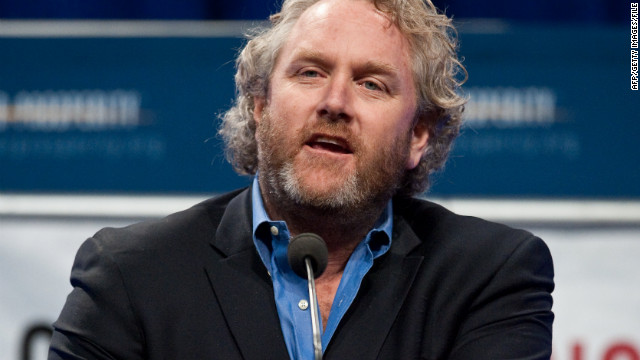 Andrew Breitbart, a well-known conservative blogger, has died, his attorney confirmed Thursday. He was 43.

Breitbart was also known as a pundit on conservative television shows and got his start helping to run the original right-wing online media behemoth, the Drudge Report, then started his own website.

Breitbart was the first to post the infamous Twitter photos of U.S. Rep Anthony Weiner last year, in which the congressman appeared barechested and in his underpants. Weiner eventually stepped down amid the scandal.

An In Memoriam post on his website breitbart.tv said that it was with a "terrible feeling of pain and loss" that they announces his death.

"Andrew passed away unexpectedly from natural causes shortly after midnight this morning in Los Angeles," the post said. "We have lost a husband, a father, a son, a brother, a dear friend, a patriot and a happy warrior. Andrew lived boldly, so that we more timid souls would dare to live freely and fully, and fight for the fragile liberty he showed us how to love."

According to the post, in a new conclusion to one of his books, he wrote about how much he loved his job and fighting for what he believed in.

"Andrew is at rest, yet the happy warrior lives on, in each of us," the post stated.

The saying “shot himself in the foot” is literal in this case.
sarasidnerCNN

3:42 pm ET December 2, 2021 RETWEET
We are outside the Beverly Hills Police department arrested a suspect in #JacquelineAvant’s murder. The beautiful Ptwitter.com/i/web/status/1…VEXV
sarasidnerCNN