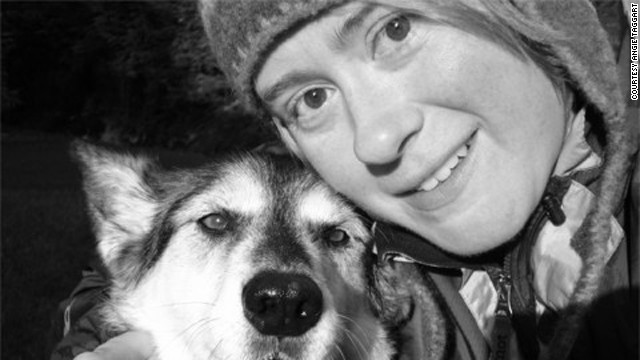 Behind the scenes at Iditarod 2011

In 2011, CNN.com went on a never-before-seen journey through Alaska during the Iditarod.  A rookie Iditarod racer, 36-year-old teacher Angie Taggart, agreed to strap Go-Pro cameras to her sled and forehead and record her two weeks on the trail.

After training herself and her dogs for years, Angie had a jittery start, filled with anxiety and tears for the 1,150 miles that lay ahead of her.

Angie had to quickly get get her bearings, because she soon faced the biggest challenge of the race, the infamous Dalzell Gorge, where the trail drops hundreds of feet in only two miles.

The weather was always a concern for Angie, so when she and her dogs faced thick sheets of ice from one side of the trail to the other, she was unsure if she could get them across.

Nearing the finish, Angie and her dogs got bad directions and ended up going the wrong way.

Taggart is not racing in this year’s Iditarod, but she’s spent the past year raising and training her dogs to race on Jan Steve’s team.  Taggart will be helping out on the trail, at checkpoints Nikolai and Nome. She said that nine of her 12 dogs will be in the race this year. And next year? "Who knows," she told CNN. "Maybe next year I will mush under that arch once again." You can see more videos from the 2012 race on CNN.com/Video