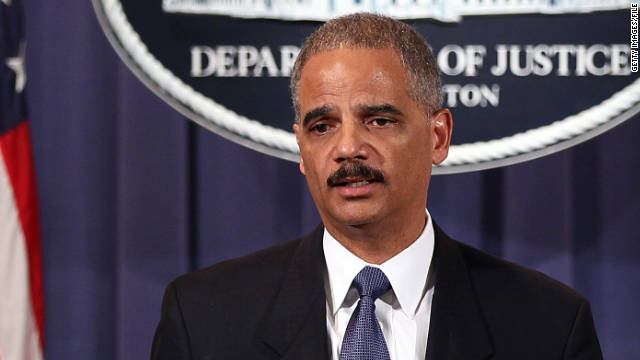 Holder to make case for targeting Americans in terror hunt

After months of promises from the Obama administration, Attorney General Eric Holder Monday will finally lay out at least some of the legal arguments that the Justice Department developed to support its targeted killing of a U.S. citizen with alleged terrorist ties in Yemen last year.

One official familiar with the speech said it was doubtful Holder would mention by name Anwar al-Awlaki, who was targeted in a September drone attack. Another American who was active in Al Qaeda in the Arabian Peninsula (AQAP), Samir Khan, was not the target of the strike but was with al-Awlaki and killed at the same time.

Both the operation and the legal opinion that supported it remain classified.

Another official familiar with the speech confirmed the attorney general will discuss the legal framework on the use of lethal force. The official, who asked not to be identified because the speech is still under wraps, said the targeted-killing issue is just one aspect of a broad-ranging look at national security issues from a legal perspective.