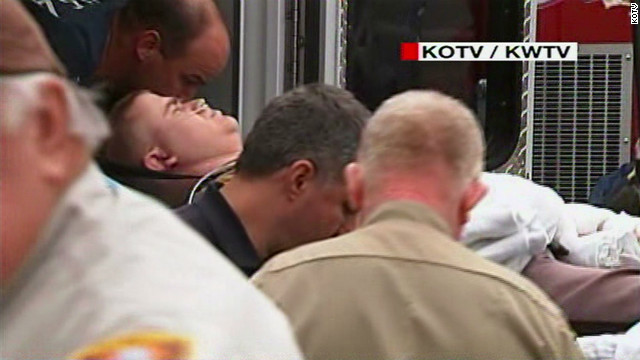 Editor's note: For more on this story, see CNN affiliates KOTV and KOKI.

[Updated at 5:55 p.m. ET] Three people, including a deputy, were injured Wednesday afternoon after a man exchanged gunfire with officers on a plaza outside the Tulsa County, Oklahoma, Courthouse, officials said.

The gunman, the deputy and a bystander were hospitalized, said Sgt. Shannon Clark of the Tulsa County Sheriff's Office.

The incident began when the unidentified gunman discharged a handgun into the air around 2:39 p.m. (3:39 p.m. ET), officials said.

The deputy suffered non-life-threatening but serious injuries. A woman was in fair condition, officials said.

A law enforcement official told CNN the suspect was shot in the head and was in very critical condition. Authorities said they did not know why the man initially opened fire.