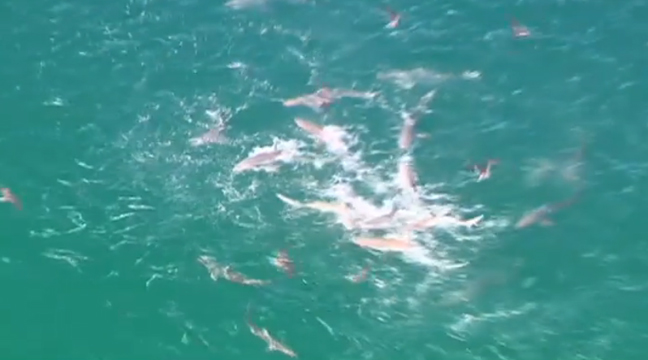 One March morning in 2010, Ray Cason decided to take his boat out to go fishing. What he didn’t expect to see was a gator feeding frenzy. He caught the chaos on tape. If you've never seen this many gators together, watch it here!

Now for some fish that are on frenzy, but not of the feeding variety. CNN’s David Mattingly was reporting on the ecological danger of Asian carp back in 2007 when the easily agitated fish started attacking him on his boat. David got hit by a 10-pound carp not once, but twice! It’s just something you have to see to believe.