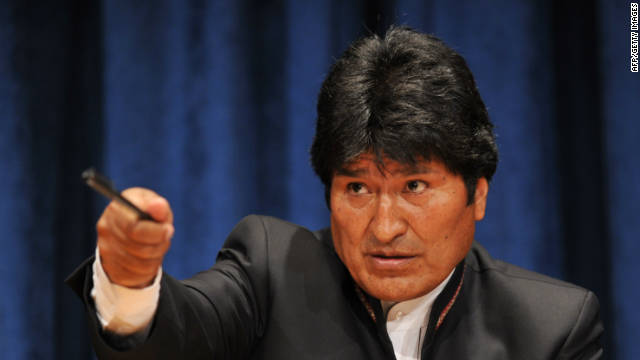 Holding up a coca leaf at a U.N. meeting on narcotics Monday, Bolivian President Evo Morales defended the practice of chewing on the leaves as tradition and urged the body to reconsider its decision to declare it illegal.

Coca leaves, the raw ingredient used in the making of cocaine, were declared an illegal substance under Single Convention on Narcotic Drugs of 1961, along with heroin and others.

"I want to ask the assistance of the international community in correcting a historical error that was committed against the Bolivian people when it unreservedly ratified the Single Convention Against Narcotic Drugs of 1961," Morales told the 55th session of the Commission on Narcotic Drugs in Vienna, Austria.

Bolivia has withdrawn from the convention, but said it would rejoin if the traditional consumption of coca leaf is allowed to continue.