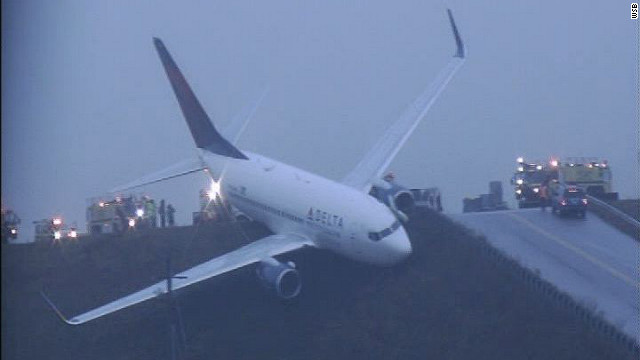 A Delta Airlines jetliner veered off a taxiway during maintenance testing at Atlanta's Hartsfield-Jackson International Airport early Tuesday, causing significant damage to the aircraft, an airline spokesman said. No one was injured, he said.

"Mechanics testing the engines of a Boeing 737-700 this morning experienced a problem with the plane’s braking system," Delta spokesman Eric Torbenson said.

The plane left a taxiway near 8 Right at the airport, he said, and rolled partially down an embankment.

There were no passengers aboard, a spokeswoman for the Federal Aviation Administration said.