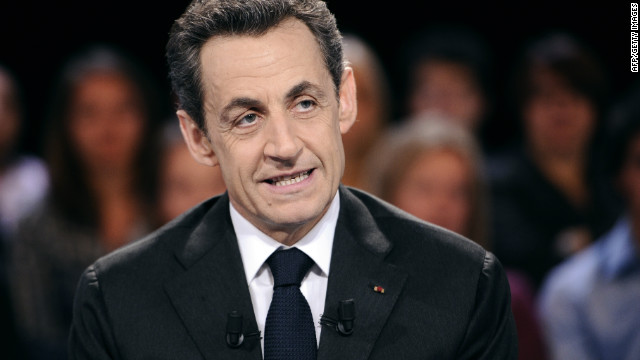 French President Nicolas Sarkozy has denied taking money from the Gadhafi family during his 2007 run for France's highest office, calling the allegation "grotesque."

He said the late Libyan dictator Moammar Gadhafi was "known for talking nonsense," and challenged his son Saif al-Islam Gadhafi to produce records of the donations.

Sarkozy was responding to allegations which surfaced on the Internet ahead of the French presidential election scheduled for April 22.

"I am sorry that a big channel like TF1 is taking from information from the documents from Mr. Gadhafi or his son," Sarkozy said in the interview, which aired on Monday night on TF1.

"When one quotes Mr. Gadhafi, who is dead, or his son, who is standing trial, the credibility is zero. And when you drag up their accounts with these questions you are asking, you quite degrade this political debate," he said in an attack on interviewer Laurence Ferrari.