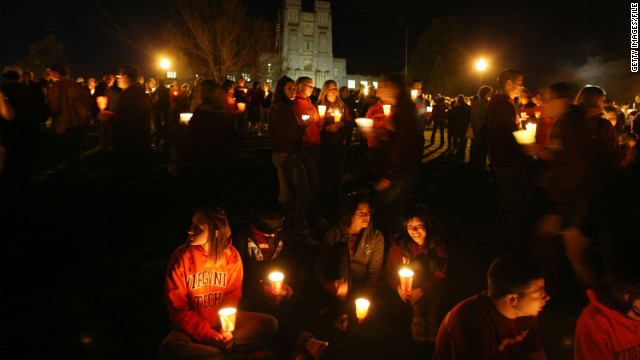 A jury in Christiansburg, Virginia, decided Wednesday in favor of two families of victims in the 2007 Virginia Tech shooting who had accused the school of negligence.

The seven-member jury awarded $4 million to each of the families, a spokesman for the state attorney general's office said. In suing the state, the families' lawyers had argued that the school should have notified the student body sooner after learning that two other students had been found dead in a West Ambler Johnston dormitory room on the morning of April 16, 2007.

Seung-Hui Cho then went on to kill 30 other people, including the two victims whose families had sued - Erin Peterson and Julia Pryde - before killing himself. Peterson died while in her French class; Pryde was pursuing a master's degree in biological systems engineering.

"Vindication has finally come," said Suzanne Grimes, whose son Kevin Sterne was among the wounded at Virginia Tech. "This is about them being accountable," she told CNN in a telephone interview from Florida. "This will ensure the safety of students in the future."