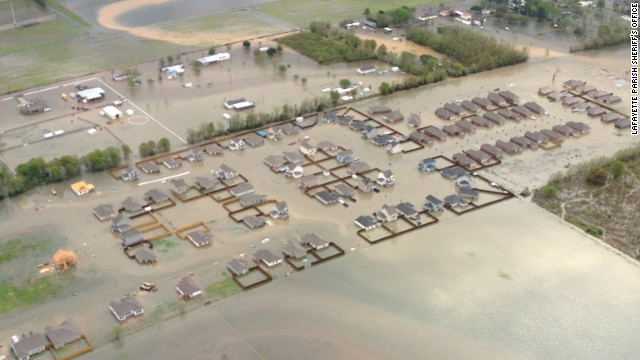 It says the odds of once-in-100-years flooding hitting regions of the coastal U.S. have more than doubled.

“Just a small amount of sea level rise, including what we may well see within the next 20 years, can turn yesterday’s manageable flood into tomorrow’s potential disaster," Strauss said in a statement.

The report takes flood analysis down to the local level. In 285 coastal cities and towns, half the population lives below that 4-foot mark, it says. Florida faces the biggest threat from the coastal flooding, according to the researchers.

"A preliminary independent analysis suggests about $30 billion in taxable property is vulnerable below the 3-foot line in just three counties in southeast Florida, not including the county with the most homes at risk in the state and the nation, Miami-Dade," a summary of the report says.

To lessen the possibility of catastrophic flooding, the report calls for action to fight global climate change.

"The United States must work to slow sea level rise by reducing emissions of heat-trapping gases, and work to diminish the remaining danger by preparing for higher seas in coastal cities and counties everywhere," it says.