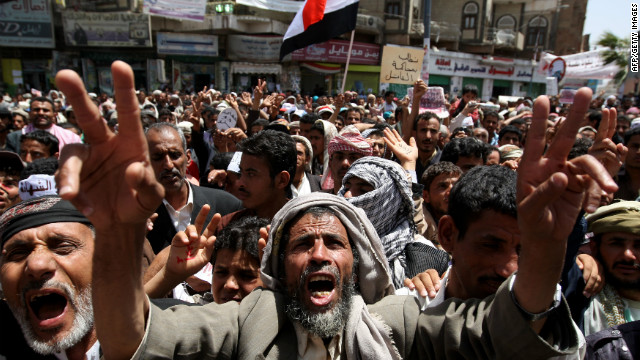 The six were arrested during an academic meeting where a video showing events across the Arab world was showing.
March 19th, 2012
01:40 AM ET

A court in Harare is expected to issue a verdict Monday in the case of six Zimbabweans who were arrested last year for watching footage of the Arab Spring protests.

The six were among 46 people arrested on February 19, 2011, during an academic meeting where a video on the events in Tunisia and Egypt were shown.

Police eventually released 40 of the attendees, but charged the rest with treason or attempt to overthrow the government by unconstitutional means.

Those charges were later altered to conspiracy to commit public violence, and the Harare court will rule whether the six are guilty.

The government has said the six were plotting an Egyptian-style uprising in the southern African country. Critics have called the charges politically motivated.

The defendants were allegedly watching video footage of protests that led to the ouster of presidents Zine El Abidine Ben Ali of Tunisia and Hosni Mubarak of Egypt.