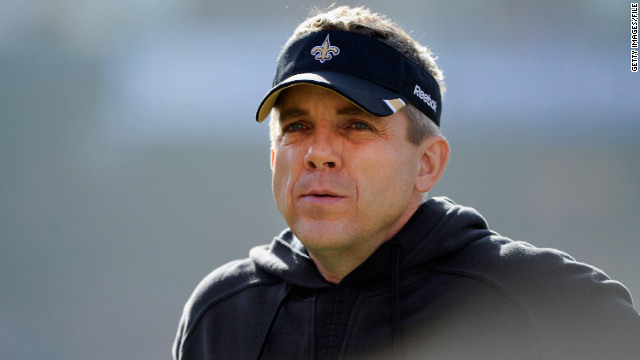 ŌĆ£A combination of elements made this matter particularly unusual and egregious,ŌĆØ NFL Commissioner Roger Goodell said in the statement. ŌĆ£When there is targeting of players for injury and cash rewards over a three-year period, the involvement of the coaching staff, and three years of denials and willful disrespect of the rules, a strong and lasting message must be sent that such conduct is totally unacceptable and has no place in the game.ŌĆØ

ŌĆ£Bounty programs have no place in our game,ŌĆØ Goodell said. ŌĆ£They are incompatible with our efforts to promote sportsmanship, fair play and player safety.ŌĆØ

Goodell will review WilliamsŌĆÖ status after the 2012 season, and will pay "close attention to the extent to which Coach Williams cooperates with the NFL in any further proceedings," the NFL said.

"So in a culture where it's an unwritten part of the game to get the best opposing player out of it, that's what players have done and still do to this day. The fact that there's such outrage appears to be a bit strange to me," Arrington┬Āwrote on his blog.

7:40 am ET July 2, 2022 RETWEET
Venus Williams said she had "no plans" of playing at Wimbledon this year but that the atmosphere around the grass cŌĆtwitter.com/i/web/status/1ŌĆ”6o
cnni