Four major hurricanes are predicted as part of an above-normal 2020 Atlantic hurricane seasonâ€twitter.com/i/web/status/1â€¦wc

Mass layoffs tied to the coronavirus pandemic spark a surge in Americans filing for unemployment benefits, with 6.6â€twitter.com/i/web/status/1â€¦6c

The number of deaths from coronavirus in Spain passes 10,000, officials say, as the country battles to get controlâ€twitter.com/i/web/status/1â€¦Ao

A local court in Pakistan overturned the death sentence and murder convictions of four men believed to be involvedâ€twitter.com/i/web/status/1â€¦CR 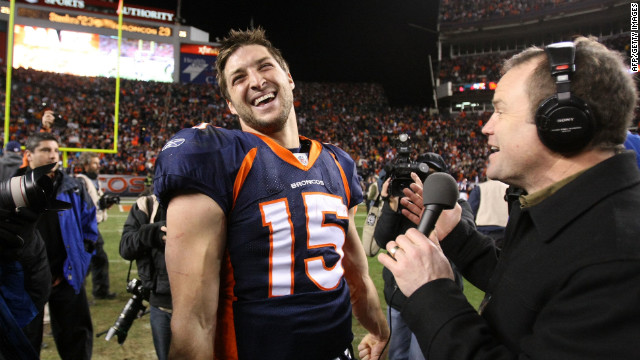 The New York Jets have announced on their Twitter account that they have agreed to a trade with the Denver Broncos for quarterback Tim Tebow.

The Jets have agreed in principle to the trade, the team said on its Facebook page.

The new comes a day after quarterback Peyton Manning announced he would play for the Denver Broncos and less than two weeks after the Jets and quarterback Mark Sanchez agreed on a contract extension.

"This is truly a special football environment, and I'm glad to be a part of it," Manning said at a news conference on Tuesday.

"I haven't had a whole lot of time to breathe. This happened Monday morning," Manning said of his decision to join the Broncos.

The arrival in Denver of a superstar of Manning's stature raised questions about the fate of Tim Tebow, who became the Broncos starting quarterback last year amid electric fanfare and led the team into the playoffs. Tebow won the Heisman Trophy in 2007, when he played for the University of Florida.

Tebow gained widespread media attention after leading his team to big wins down the stretch of games when they were behind. He also garnered a lot of attention, and jokes, because of his strong Christian faith. He even sparked the phenomenon of "Tebowing," named after his prayer pose following touchdowns.

For the second time in two days, police have charged a pastor with defying public orders against large gatherings bâ€twitter.com/i/web/status/1â€¦xv
CNNBelief