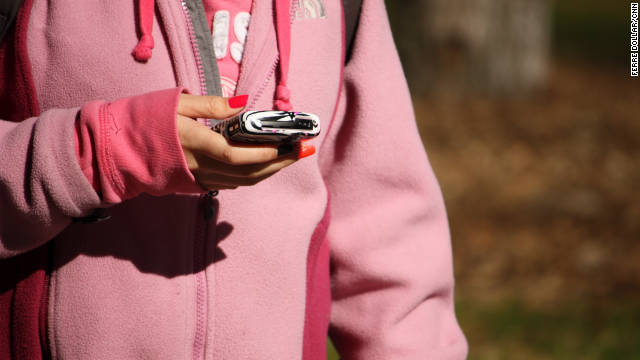 We’ve all texted when we probably shouldn’t have. Maybe it was while waiting in line, walking down the street, or pushing a cart at the grocery store. The people below have suffered the consequences of texting while walking, too. They’ve done everything from dropping into a manhole to falling into Lake Michigan. Consider this a warning to avoid the same fate. Have you ever run into anything while texting? Post your stories in the comments below.

A Michigan woman was sending a text near Lake Michigan and didn’t realize how close she was to the water. She tripped and fell six feet into the water below. See what she did when she realized she was falling.

This video of a woman falling into a mall fountain while texting made a big splash online. She wasn’t too happy about being a national punch line. But it was her behavior after the memorable moment that really sent Anderson Cooper over the edge on his RidicuList.

After a New York teen fell into a manhole while texting, we found plenty of examples of other texting mishaps. Compare yourself to these people to see if you’re a “technosexual.”