A federal judge has blocked the Biden administration from lifting the Title 42 pandemic restriction along the US-Meātwitter.com/i/web/status/1ā¦Vr

The Dow fell for the eighth straight week, its longest slide since 1923. The S&P briefly entered bear market territātwitter.com/i/web/status/1ā¦pz

The S&P 500 has dropped 20% from its all-time high and hits bear market territory in afternoon trading. The Dow isātwitter.com/i/web/status/1ā¦2w 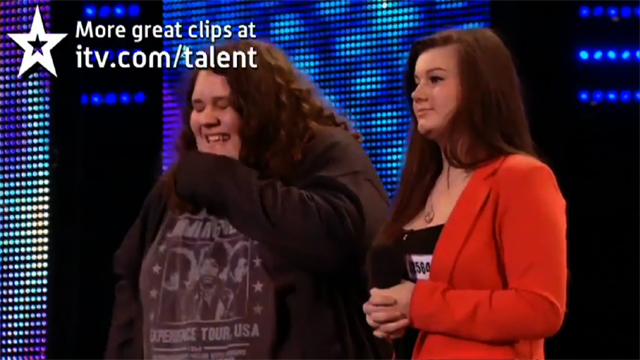 If you're a fan of TV talent shows,Ā then you'll know the moments I'm about to describe. It's the moments that make you, at home, stand up and cheer. You're cheering because you're moved, you're moved because it's that human moment of identifying with the underdog, and you're hooked because you getĀ to see the once-jeering judges eat humble pie. And then there's the amazing singing that follows suit. In today's Gotta Watch, we look at key moments in reality singing shows that have captured the imagination and spirit of fans.

Jonathan Antoine's booming opera voice leaves judges on "Britain's Got Talent" stumped, pronouncing him the next Pavarotti. See Simon's reaction to this 17 year old sing at 12 seconds into this video where he's had to swallow his pride, especially since Simon mocked the aspiring singer just before he opened his mouth.

Move over Susan Boyle, "Korea's Got Talent" has found its next global talent sensation. In 201, aspiring singer Sung-Bong Choi tells the judges he's an orphan who lived on the streets for 10 years. He says he doesn't sing that well, but becomes a different person when he does. And when he started singing, everyone was floored.

First "Britain's Got Talent" winner Paul Potts looks back on his win 2 years later and talks about his journey, his moment of his big win, how viral videos on the internet have helped aspiring singers who have the talent and offers his advice to then contestant Susan Boyle who at the time had taken the world by storm.

47-year-old Susan Boyle's performance on "Britain's Got Talent" leaves the audience stunned and brings one judge to tears. And who can forget this moment of Susan Boyle's discovery that led to future successes later. And the look on all 3 judges at 1:07 into this video is timeless, you're invested, you're rooting for her and it's a moment you can come back to time and time again.