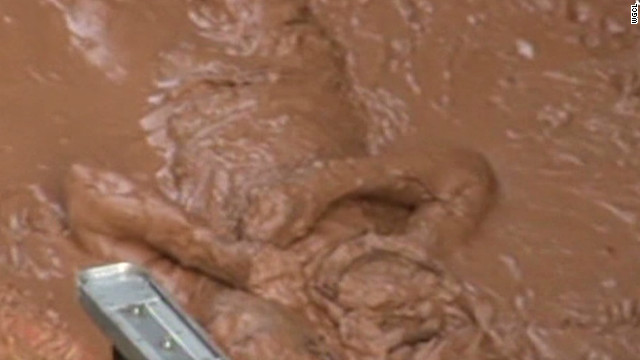 A crew working to rescue a man trapped in mud at a construction site almost needed rescuing themselves.
March 27th, 2012
05:27 PM ET

Officials say a man in Atlanta walked across a muddy area near a bridge and then sank into about 4 feet of mud. You gotta watch how a rescue team saved the man's life.

Officials say 37-year-old Wayne Howe was swimming in the Willamette River when he started to slip under water earlier this month. Kevin Pratt jumped into the water to save him while another person called 911. Watch how the rescue effort unfolded.

Owner Martha Johnston called 911 on Monday to report "Roxy" had fallen into an old septic tank. Watch how a team of firefighters lifted the quarter horse to safety.