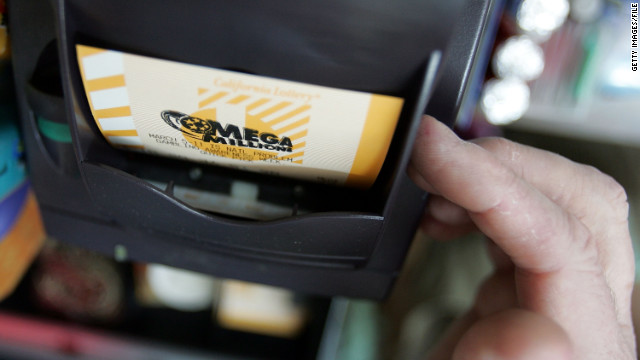 Strong sales of Mega Millions lottery tickets are reported across the country for Tuesday night's estimated $363 million jackpot, the third largest in the game's history.

"Peak sales hours for Mega Millions are typically on the day of the drawing during the evening rush hour. We anticipate brisk sales as people head home from work," said Tandi Reddick, media relations manager for the Georgia Lottery Corp.

The $363 million prize is payable as an annuity over 26 years. The cash option payout for Tuesday's jackpot is $259 million. Both are before taxes.

Arizona lottery officials say that Tuesday night's cash option payout is the largest in history, a fact they attribute to the country's current low interest rates.

Either amount would be larger than what America's best paid corporate executives make in a year. For 2010, that was $84.5 million, according to a CNNMoney report. It would also put a winner ahead of the annual haul of Hollywood's biggest earners, such as director/actor/writer Tyler Perry ($130 million in 2010) and producer Jerry Bruckheimer ($113 million in 2010), according to Forbes.com.

The game's biggest jackpot was $390 million in the March 6, 2007, drawing. That jackpot was split by winners in Georgia and New Jersey.

If the jackpot goes to a single winning ticket, it would be the largest in the game's history. A little more than a year ago, seven state workers in New York bought a ticket that earned them a $319 million jackpot.

The biggest single-ticket win in the other nationwide lottery, the Powerball, was in February 2006 when a ticket held by eight workers at a Nebraska food plant paid a $365 million jackpot.

Mega Millions is played in 42 states plus the District of Columbia and the Virgin Islands.