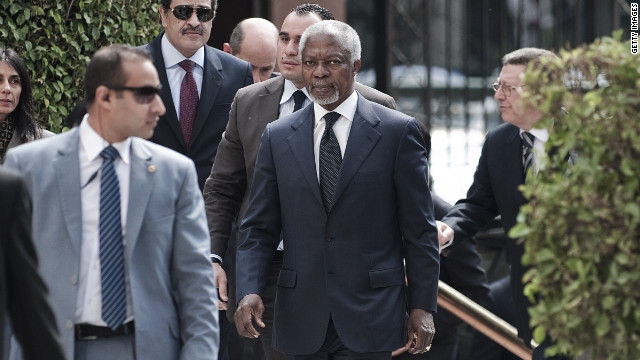 Annan has offered Syria a six-point plan - supported by the U.N. Security Council - as a way to halt the violence.

The proposal seeks to stop the violence and the killing, give access to humanitarian agencies, release detainees, and start an inclusive political dialogue to address the legitimate aspirations and concerns of the Syrian people, according to a U.N. statement.

More than 1,400 white-sided dolphins were killed Sunday night in the Faroe Islands, in what local authorities saidâ€twitter.com/i/web/status/1â€¦on
cnni