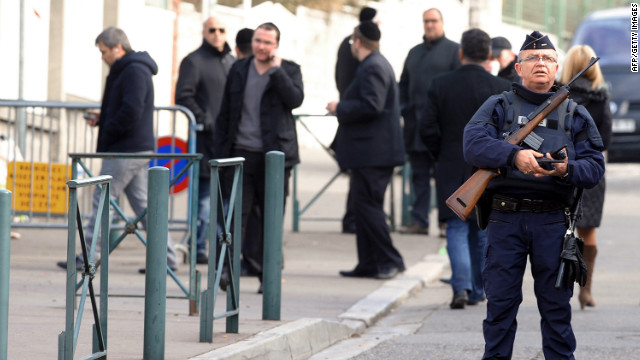 Policeman stand guard in front of the 'Ozar Hatorah' Jewish school in Toulouse, France, where four people were killed on March 19.
March 27th, 2012
05:11 AM ET

The video arrived by mail on Monday on a USB stick along with an unsigned letter crediting al Qaeda with the attacks, he said.

The memory stick contained two clips with a total of 25 minutes of material, Tarrouche said.

Al Jazeera kept a copy when police took the original, but has not decided whether to air the footage, he said.

Mohammed Merah, 23, was killed Thursday at the end of a 32-hour siege of the apartment in the city of Toulouse where he was holed up.