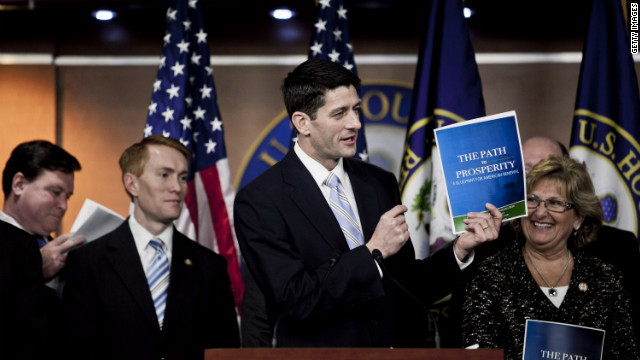 The Republican-controlled House of Representatives on Thursday passed the GOP leadership's 2013 budget plan - a measure that has no chance of passing the Democratic-controlled Senate but creates a clear contrast between the two parties on a number of critical tax and spending issues ahead of the general election.

The resolution passed in a strongly polarized 228-191 vote. No Democrats backed the measure; only 10 Republicans opposed it.

House Budget Committee Chairman Paul Ryan's $3.53 trillion blueprint includes an overhaul of the nation's tax code and major changes to popular entitlements such as Medicare - expensive programs that in the past have been considered politically untouchable.

Republicans say the plan is necessary to slow the growth of exploding federal deficits and put the federal government on the road to fiscal stability.

"We have one of the most predictable economic crises in this country coming. It's a debt-driven crisis. And so we have an obligation - not just a legal obligation but a moral obligation - to do something about it," Ryan, a Wisconsin Republican, said Thursday morning. GOP leaders "think the key components are to get spending under control, reform our entitlement programs" and help stimulate economic growth.

Vaccine advisers to the US Food and Drug Administration will start meeting early Friday to discuss whether American‚Ätwitter.com/i/web/status/1‚Ä¶K5
cnni