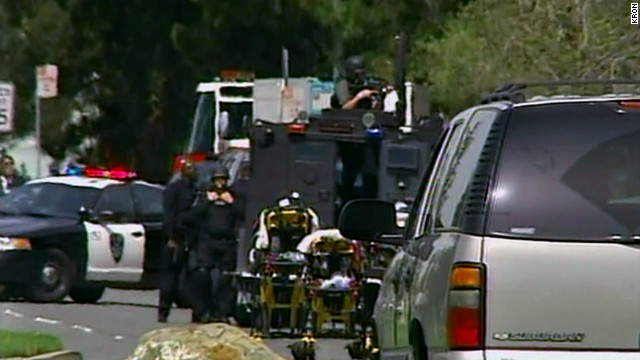 [Updated at 3:32 p.m. ET] A suspect in the shooting was taken into police custody, police spokeswoman Johnna Watson said.

[Posted at 3:21 p.m. ET] A shooting at Oikos University in East Oakland, California, has resulted in multiple fatalities, a spokeswoman for the Oakland police said Monday.

Oakland Fire Department Deputy Chief James Williams said there are several ambulances on the scene and officials are assessing the situation.

"The shooter is still at large," spokeswoman Johnna Watson said. "We are interviewing the witnesses right now to try to determine if this person is known to them."