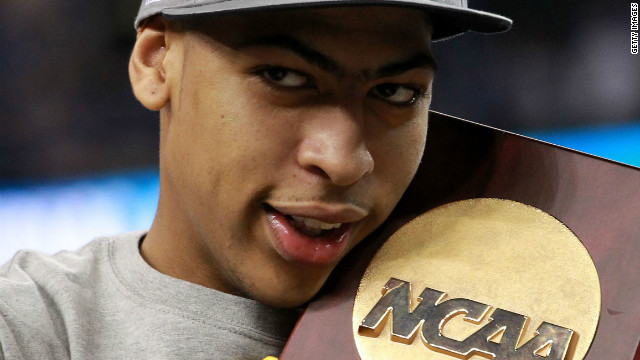 “No, I haven’t decided,” Davis said Monday night. “Coach (Calipari) says we have till April 29 to decide. I’m just going to wait till then, sit down with my coach, sit down with my family, see what the best decision is for me."

The coach said he knows his young players, especially those only 18 or 19, have big talent.  And he said he had high hopes for this year's team.

“It’s a great way (to end the season), but like I said before - I’m going to wait until April 29 and decide what I’m going to do then," Davis said with a deadpan face.