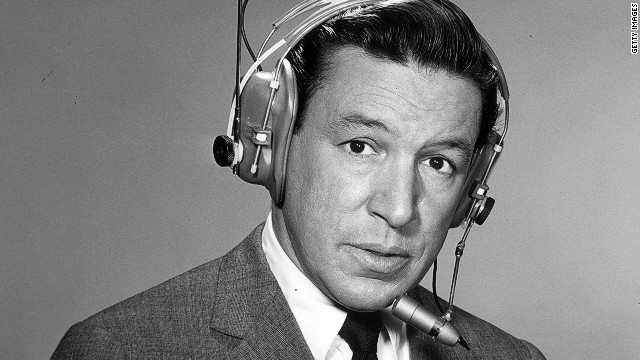 Highlights from Wallace's life and career

Veteran newsman Mike Wallace has died at the age of 93, CBS reported Sunday. Wallace was in front of the camera for decades and was best known as a hard-hitting, provocative news correspondent on "60 Minutes."

Here's a look at some key moments from his life and career. Tell us in the comments how you will remember Wallace.

1940s – Newscaster and freelance radio personality on various radio shows, including "The Green Hornet" and "The Lone Ranger" in Detroit.

1968 – Is hired by Don Hewitt as a correspondent for the new television show "60 Minutes."

October 1982 – Gen. William C. Westmoreland files a $120 million libel suit against CBS and names Wallace as a defendant. The suit claims the CBS documentary, "The Uncounted Enemy: A Vietnam Deception" "held (Westmoreland's reputation) up to scorn, contempt, and ridicule."

October 11, 1984-February 18, 1985 – The Westmoreland v. CBS trial is held in New York District Court. The case is settled out of court for an apology and no money after four months of proceedings.

June 1991 – Inducted into the Television Academy Hall of Fame.

1998 – Hosts "The Twentieth Century" on the History channel.

September 2003 – Receives an Emmy Award for lifetime achievement, along with the rest of the cast of "60 Minutes."

March 14, 2006 – Announces that he is stepping down from his anchor position at "60 Minutes," but will still fill in at times and is now in emeritus status. He states, "As I approach my 88th birthday, it's become apparent to me that my eyes and ears, among other appurtenances, aren't quite what they used to be."

Winner of 5 Peabody Awards, 19 Emmys and a Golden Globe.

His first three interviews as host of "Night Beat" were with the actress Gloria Swanson, KKK imperial wizard Eldon Edwards, and the gangster Mickey Cohen.

Has narrated many documentaries and TV specials.

1990s – Goes public with his struggle with depression, which dated back to 1984 and the Westmoreland trial.

His son Chris is host of "Fox News Sunday."