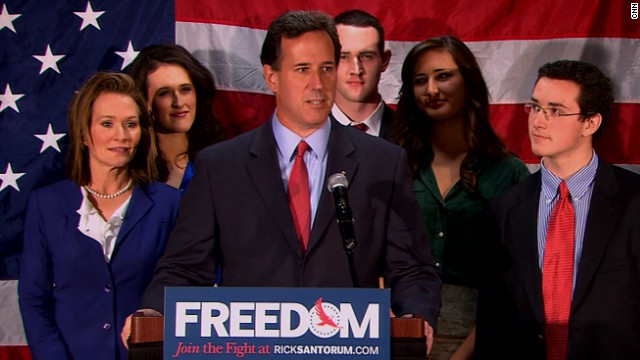 [Updated at 2:40 p.m. ET] Rick Santorum suspended his campaign for the Republican presidential nomination on Tuesday.

[Posted at 2:13 p.m. ET] Republican presidential candidate Rick Santorum will announce he will suspend his campaign on Tuesday at an event in Gettysburg, Pennsylvania, a senior adviser to the campaign tells CNN.

A second source told CNN that Santorum, his wife, and campaign manager held a conference call with staff Tuesday, advising them not to grow discouraged.

"We are going to stay involved and stay active in the next couple of months," Santorum said, according to the source.

Africa's most populous city of over 24 million may soon be unlivable as sea levels rise due to the climate crisis,â€twitter.com/i/web/status/1â€¦jX
cnni

2:01 am ET August 2, 2021 RETWEET
Ashton Kutcher and Mila Kunis say they don't believe in bathing their kids or themselves too much. "If you can seeâ€twitter.com/i/web/status/1â€¦vM
cnni