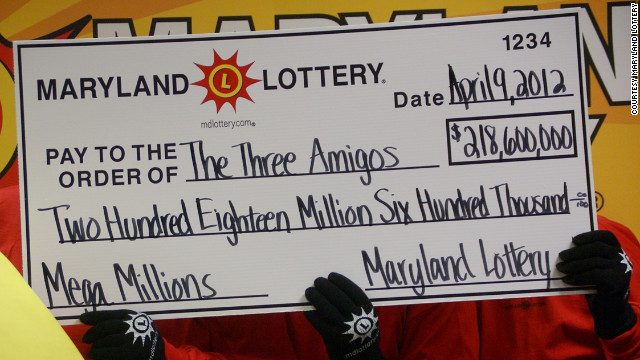 Two teachers and an administrator at a public school claimed a winning ticket for the Mega Millions jackpot, according to Maryland lottery officials.

The winners have told lottery officials that they plan to continue to work after they get their winnings, which will total $35 million each.

The group bought $60 worth of tickets, according to lottery officials.

Two other winning tickets, sold in Kansas and Illinois, split the $656 million jackpot.

The winners, a woman in her 20s, a man in his 40s and a woman in her 50s, who are calling themselves "The Three Amigos," have worked together for many years in the public school system. This is the first time they've pooled money together, according to lottery officials.

On the night of the drawing the woman who bought the tickets laid them all out on the floor and watched the drawing, officials said. She then called her fellow public school workers, one of who thought it was an early April Fool's Day joke, to let them know they had won, according to officials.