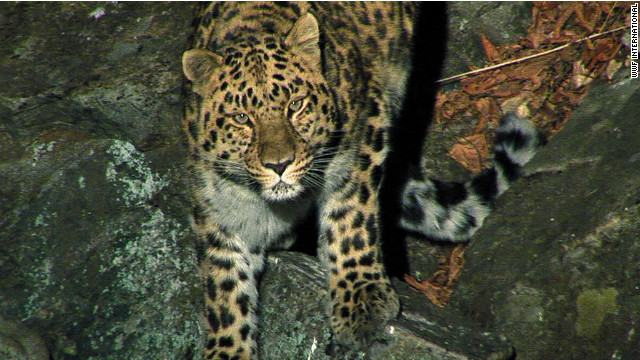 WWF: Russia setting up park to save leopards

Russia took a big step Tuesday to try to save the Amur leopard, the world's most endangered cat, with just 40 believed left in the wild.

The country is establishing a new national park in Russia's Far East that encompasses about 60% of the endangered cat's habitat and all of its breeding areas, according to a statement from the World Wildlife Fund announcing the park. The organization has been pushing for establishment of the Land of the Leopard National Park since 2001.

“Amur leopards are literally teetering on the brink of extinction,” Sybille Klenzendorf, head of the WWF’s species program, said in a statement. “With the establishment of Land of the Leopard National Park, in conjunction with other conservation efforts, we can now start to focus on how to begin bringing them back.”

The cats are also known as the Far East leopard, the Manchurian leopard or the Korean leopard. They live in the temperate forests in Russia's Far East between Vladivostok and the border with China and endure extreme winters with the help of pelts that triple in length during the cold months, according to the WWF's website on the leopards.

The leopards have a life span of 10 to 15 years in the wild. Large males can weigh up to 165 pounds, with the average male topping out at about 100 pounds. Females are about 95 pounds at their largest, according to the WWF.

The 650,000-acre park will include sites for ecotourism as well as protected areas, according to the WWF statement. The Russian government is spending about $16.6 million for its development.