Several of Kirk Cameronâ€™s fellow child stars are now lashing back for comments he made about homosexuals. In March he told CNNâ€™s Piers Morgan that homosexuality is unnatural, detrimental and ultimately destructive to many of the foundations of civilization.Â He also stars in newly releasedÂ  documentary where heÂ speaks out on the topic.Â In a new Funny or Die clip, members of a group calling itself Child Celebrities Opposing Kirk Cameron, or CCOKC, try to poke holes in Cameronâ€™s theories. 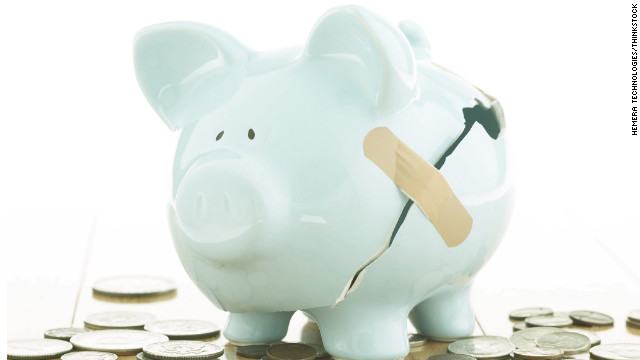 Tax deadlines have stirred up a lot of conversation, both personal and political, in our comments sections.
April 13th, 2012
05:08 PM ET

Overheard on CNN.com: Death, taxes may be certain, but procrastination is another story

Commenter Leecherius quoted that old saying about death and taxes. Most of us certainly tend to procrastinate about the former, and a sizeable portion prefer to put off the latter. You can alwaysÂ celebrate with wineÂ at the end. So, why do we do wait?

For some, the answer lies in whether or not they owe money. Readers discussed online tax preparation and deadlines.

Sacto06917: "If your return is relatively simple and you earn under circa $65,000 per year, I'd recommend using the online tax filing services like TaxACT or TurboTax Online. That way, you just enter your entity information (name, address and Social Security number), your W-2 information, estimate payment information, and 1099-MISC, 1099-DIV and/or 1099-INT data and let the online system create the return."

jujutsuka: "I guess I don't understand why people wait until the last minute. Unless you've got all kinds of crazy investments or business dealings, it's not really a pain. For the average person who doesn't itemize, doesn't own a business, etc., there's really no excuse to wait ... you just up your stress level by putting it off. I've been using TurboTax for the last few years. I've never had trouble with it."

Pinky: "It's called "Procrastination". or laziness ;)"

wfrobinette: "I had over $200,000 in income and used Turbo Tax online. Why pay someone to find deductions when they just aren't there.

Some people are feeling a little grouchy about the whole thing. END_OF_DOCUMENT_TOKEN_TO_BE_REPLACED 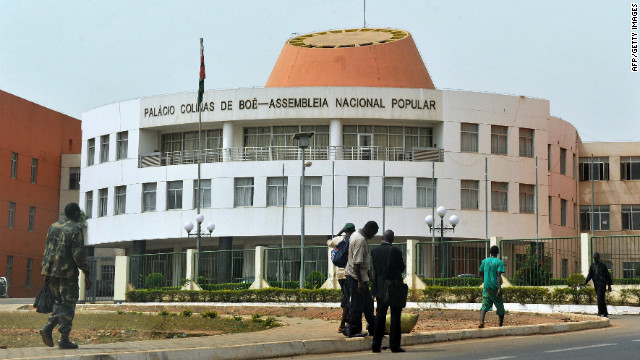 Residents walk past parliament in Bissau last month. Military forces are in the streets of the capital Friday.
April 13th, 2012
01:59 PM ET

Guinea-Bissau's military has arrested acting President Raimundo Pereira and Prime Minister Carlos Gomes during an apparent coup, said U.S. Ambassador to the United Nations Susan Rice, who is the current president of the U.N. Security Council.

Rice said that the men's whereabouts are not clear and that the council has "condemned the military action and urged the immediate restoration of civilian authority."

A statement put out by the group behind the coup bid, calling itself the Military Command, said the revolt was in response to a "secret deal" between the governments of Guinea-Bissau and Angola.

This "deal" was drawn up by the Guinea-Bissau government to allow Angolan troops in the country and mandates "Angola to attack Guinea-Bissau's military," a communique from the group said.

Alex Karras, theÂ former Detroit Lions standout who starred in the 1980s sitcom â€śWebsterâ€ť - and whose wife says is now suffering from dementia - has joined hundreds of ex-NFL players suing the league over concussion-related injuries.

Karras, who also played the horse-punching Mongo in the 1974 movie â€śBlazing Saddles," is the lead plaintiff in a lawsuit filed Thursday in federal court in Philadelphia on behalf of him and 69 other former NFL players.

The suit - the 12th concussion-related complaint filed against the NFL by the Locks Law Firm in Philadelphia, now representing about 700 former NFL players - alleges that the league didnâ€™t do enough to warn players that they risked permanent brain damage if they played too soon after a concussion, and that it concealed evidence about the risks for decades.

The suits claim that plaintiffs suffer from neurological problems after sustaining traumatic impacts to the head.

Karras, 76, of California, â€śsustained repetitive traumatic impacts to his head and/or concussions on multiple occasionsâ€ť during his NFL career, and â€śsuffers from various neurological conditions and symptoms related to the multiple head traumas,â€ť the latest lawsuit says.

â€śAlex suffers from dementia but still enjoys many things, including watching football,â€ť his wife and â€śWebsterâ€ť co-star Susan Clark said in a news release Thursday. â€śBut dementia prevents him from doing everyday activities such as driving, cooking, sports fishing, reading books and going to big events or traveling.

â€śHis constant complaint is dizziness - the result of multiple concussions. What Alex wants is for the game of football to be made safer and allow players and their families to enjoy a healthier, happier retirement.â€ť

END_OF_DOCUMENT_TOKEN_TO_BE_REPLACED

The 2012 presidential election can change at the drop of a hat.Â  Watch CNN.com Live for all the latest news and views from the campaign trail.

1:20 pm ET - Obama talks trade - Before President Obama heads to Colombia for the Summit of the Americas, he stops by Tampa, Florida, to make remarks on the importance of U.S. trade with Latin America.

Next big question in the Trayvon Martin case: What now?

With the Florida neighborhood watch volunteer jailed on a charge of second-degree murder in the shooting death of an unarmed black teen, the next big question: What now?

Thousands of protesters poured into the suburban Orlando community of Sanford to call for the arrest of George Zimmerman in the weeks following the February 26 shooting death of 17-year-old Trayvon Martin.

Their calls for "Justice for Trayvon" grew more forceful with each day, with Martin's supporters taking to the Internet and to streets in cities across the nation.

Forty-six days after the shooting, 28-year-old Zimmerman was charged with second-degree murder. A Seminole County judge on Thursday found there was sufficient probable cause to move forward with the case and set a May 29 arraignment for Zimmerman.

The next legal step, say Zimmerman's attorney and the special prosecutor, is to allow the case to work its way through Florida's judicial system.

British Prime Minister David Cameron arrived in Myanmar Friday on the first visit by a high-profile Western leader to the nation in decades.

He met with the president of Myanmar, Thein Sein, during a brief stop in Naypyidaw, the Southeast Asian country's capital.

His visit to Myanmar, a former British colony also known as Burma, comes two weeks after Suu Kyi's party won dozens of seats in elections and marks the latest step towards international rehabilitation for Myanmar.

Syrian troops clashed with defecting soldiers Friday near the border with Turkey, opposition activists said, violating a cease-fire that went into effect a day earlier.

The clashes occurred in the Kherbet Joz village, which borders Turkey.

Both sides have reported cases of scattered violence since the cease-fire was implemented at dawn Thursday, but the border clashes are the first major violation, according to the Syrian Observatory for Human Rights.

The world turned a skeptical eye toward Syria on Thursday after the truce cast relative calm over cities and towns previously pounded by government forces.

"Syria is apparently experiencing a rare moment of calm on the ground," Kofi Annan, the special international envoy who brokered the peace plan, said at the time. "This is bringing much-needed relief and hope to the Syrian people who have suffered so much for so long in this brutal conflict. This must now be sustained."

A premature baby who survived hours in a morgue refrigerator in Argentina was in "very serious" condition after doctors detected an infection, state media reported.

The nine-day-old baby was being treated with antibiotics, said Diana Vesco, chief of neonatology at the Perrando Hospital in northeast Argentina, according to the state news agency.

The baby's survival grabbed global headlines and prompted her parents to give her a new name: Luz Milagros, the Spanish words for light and miracles.

Pronounced dead after her premature birth on April 3, she withstood more than 10 hours in a coffin inside a morgue refrigerator before being found alive.

Defying warnings from the international community, North Korea launched a long-range rocket on Friday, but it broke apart before escaping the earth's atmosphere and fell into the sea, officials said.

"It flew about a minute, and it flew into the ocean," said Noriyuki Shikata, a spokesman for Japanese Prime Minister Yoshihiko Noda.

He added that Japanese authorities "have not identified any negative impacts, so far," though he said the international ramifications could be significant. "This is something that we think is a regrettable development," he said.

Joseph Cirincione, president of the global security foundation The Ploughshares Fund, told CNN that the launch's apparent failure "shows the weakness of the North Korea missile program" and suggests that the threat from North Korea has been "exaggerated."

"It's a humiliation," he told CNN. "I wouldn't want to be a North Korean rocket scientist today."

The remote island nation of Kiribati went into lockdown for the first time since the Covid-19 pandemic began two yeâ€twitter.com/i/web/status/1â€¦DM
cnni

11:46 am ET January 22, 2022 RETWEET
Researchers have discovered a possible link between the coronavirus pandemic and fewer instances of lightning reporâ€twitter.com/i/web/status/1â€¦sN
CNNweather