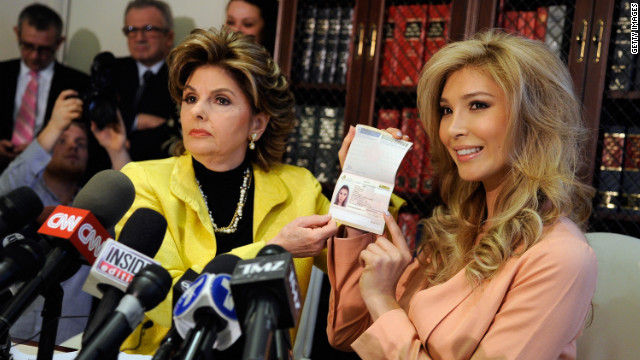 Jenna Talackova was born a man. She began the process of becoming a woman at age 14 with hormone treatments and then had surgery at the age of 19.

“I have always dreamed of being in the Miss Universe competition and having an opportunity to represent my country, Canada,” said the 23-year-old beauty contestant.  “I was told by representatives of the Miss Universe Canada Pageant that I could not compete because a rule stated that I had to be a naturally born woman,” she said.

The Miss Universe Pageant is owned by Donald Trump who, after much attention, changed his mind and said Talackova could compete. But, Talackova’s attorney Gloria Allred says, she and her client want the “naturally born” rule eliminated.

There are some pageants specifically for transgender women and transvestites, but Talackova wants to compete in mainstream pageants. Allred said allowing Talackova to compete but not changing the “naturally born” rule doesn't address the problem.

That rule has already been dropped from most sports from high school to the Olympics. Transgender people can compete in high school, college, the Olympics and the LPGA. The NCAA amended its transgender policy just last year.

“We met with several of our committees that deal with some of these issues and the main policy issues had to do with mixed team status and had to do with the use of banned substances - testosterone,” said Mary Wilfer, associate director of health and safety at the NCAA.

She said that after a year of testosterone suppression medication, a male becoming a female will lose a sufficient amount of male muscle-building strengths and other benefits of testosterone and therefore has no unfair advantage over other naturally born females when it comes to athletic competitions.

Nancy Hogshead-Makar is the senior director of advocacy for the Women’s Sports Foundation. The WSF was part of a group that helped form the transgender policies for the high school and college level.

“In high school it’s about gender identification. Whatever somebody says they are is what they get to participate in,” said Hogshead-Makar. The WSF took its policy for the NCAA from the International Olympic Committee’s policy that mandates that transgender women must be at least two years post-gender reassignment surgery in order to compete.

Another group that helped shape the NCAA’s policy is the National Center for Lesbian Rights. Shannon Minter, a transgender man, said it’s true that just because a woman was once a man, it does not make her a better or stronger athlete.

“There’s lots of women actually, transgender women now, who are competing in women’s sports. And you know, I will say that none of them are at the top of their field,” Minter said.