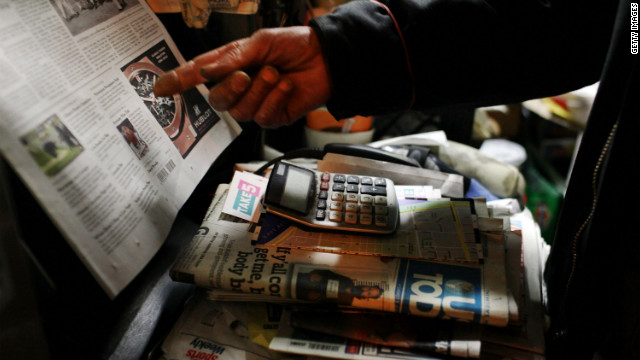 The winners of the 2012 Pulitzer Prizes, the top U.S. awards for journalism, including photojournalism, as well as letters, drama and music, were announced Monday afternoon.

Among the winners was David Wood of The Huffington Post, in the National Reporting category for a series of stories about wounded veterans.

The Philadelphia Inquirer was awarded the Gold Medal for Public Service for its reporting on crimes committed against children.

The Tuscaloosa (Alabama) News was recognized in the Breaking News category, "for its enterprising coverage of a deadly tornado, using social media as well as traditional reporting to provide real-time updates, help locate missing people and produce in-depth print accounts even after power disruption forced the paper to publish at another plant 50 miles away," the Pulitzer committee said.

The committee chose not to make an award in the Editorial Writing category.

The play "Water by the Spoonful" by Quiara AlegrĆ­a Hudes received the prize for drama. No prize was awarded in the Fiction category.

More than half of the 22, billion-dollar weather disasters in 2020 were due to severe storms, which spawned deadlyātwitter.com/i/web/status/1ā¦Ky
CNNweather

10:49 am ET January 16, 2021 RETWEET
@BillWeirCNN The last time I packed armor was just a few weeks ago in America. Itās insane
sarasidnerCNN

10:31 am ET January 16, 2021 RETWEET
@VictorBlackwell Send them to me. I chew them into one big bubble
sarasidnerCNN

10:30 am ET January 16, 2021 RETWEET
Galaxies die when the stars that live in them stop forming. Now, for the first time, astronomers have witnessed thiātwitter.com/i/web/status/1ā¦uM
cnni