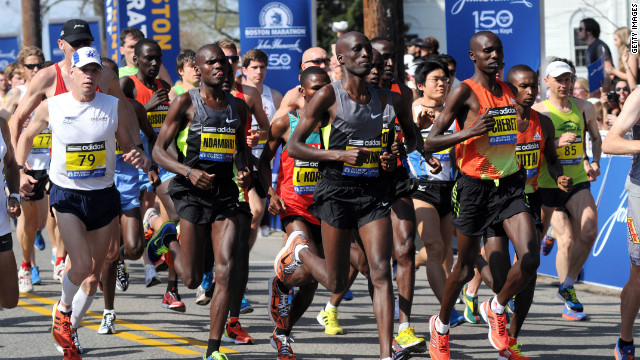 The top three winners in the men's and women's divisions of Monday's Boston Marathon were all Kenyan, according to the race's website.

This year's Boston Marathon was held in abnormally high temperatures - so warm that race organizers took several steps to warn participants and allow those concerned about the heat to run next year instead.

The race, which began in 1897 and bills itself as the world's oldest annually contested marathon, is typically held in relatively cool weather. The average temperature for an April day in Boston is 47 degrees - with a usual high of 56 and low of 40 degrees - according to the city and National Weather Service. When this year's race finished, the temperature was in the mid-70s.

With its rolling hills, the Hopkinton-to-Boston course is often considered among the nation's most grueling marathons even in ideal racing conditions.