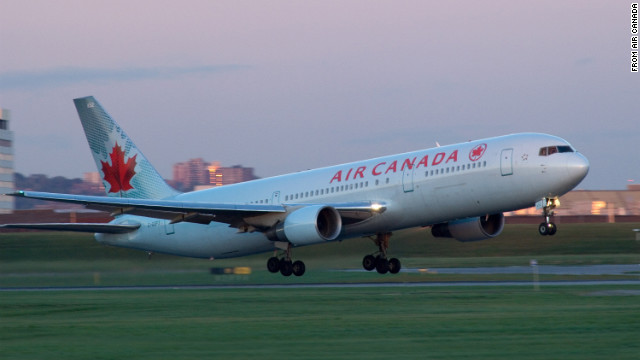 A report released Monday about an incident that sent several passengers flying out of their seats on an Air Canada flight on January 14, 2011, has got many of our readers testing out their commenting wits. The report says the first officer woke up from a nap - the rules allow for a brief "controlled rest" period at cruising altitude - and suddenly mistook the planet Venus to be another plane overhead. He panicked and the plane went into a dive before the crew corrected its position so an actual approaching C-17 plane could pass underneath.

HitomiAdrien: "This doesn't make sense to me. Why would he make such a brash move? Even if it were another plane, at the size of a dot there has to be other protocol (trying to locate that other plane on their GPS?) and a significant amount of time to get out of the way considering how big Venus isn't from the Earth. Therefore; why take a nose dive on a dot of light before taking other precautions that you were trained to do in school and through experience?"

WithReason7: "Venus on a clear night at 35,000 feet is brighter than airplane lights. Had it been plane on a collision course, they probably would have had about five seconds to avoid collision, not enough time to check GPS and have a nice chat ..."

jsnight: "It happens more than you think. A pilot almost turned an airplane upside down when he mistook stars for yard lights and thought they were upside down. I have over 20,000 flight hours and although I've never taken any evasive action, I have been startled. You can look down at a chart, look up and think you're in an unusual attitude."

All kinds of people can relate.

crowgan1: "I was doing an ocean race last summer and the guy at the helm (very experienced) insisted that venus (about 10 degrees above the horizon) was an oncoming sailboat. Even after we told him it was a planet, he still freaked out and rapidly changed course. I had to take the helm. Believe me, your mind can play nasty tricks on you when you're navigating, even when other people are telling you what you're really looking at. I can definitely see this happening."

UncleJohn ("I live in a glass house AND I throw stones."): "I was driving cross country with a buddy and dozed off when he took his turn behind the wheel. I awoke at Twilight to take my turn behind the wheel and drove for 20 minutes or so before I woke my sleeping copilot to ask if he'd noticed something wrong with the headlights. The headlights are fine, you're still wearing your sunglasses from before your nap."

Bright lights can be further away than they appear.

nobodyuno: "Reminds me of when my neighbors complained that I kept my porch light on all night and it kept them from being able to sleep. I had to point out that I had no porch light and it was a full moon."

If this next anecdote is for real, this was probably an entertaining moment.

KCXPat: "I once mistook Venus for a pop fly while playing shortstop in a game in high school. I ran all over the infield trying to position myself under it. I ended up somewhere between first base and the pitching mound before realizing the ball had been hit to the outfield. One of my more embarrassing moments."

Some said it's best to keep that seat belt buckled.

WithReason7: "And this, ladies and gentlemen, is another example why you should just leave your seat-belt on the entire flight unless you need to get up ..."

Guest: "No kidding. They actually *tell* you to do this."

Some were concerned that crews need to nap on flights, while others were not.

terry123456: "Is anyone else concerned about a pilot who is so sleepy that he/she needs to be taking a nap? Just why did he not get the sleep he needed before getting on the plane? Or was it that he was too busy in the bar the night before?"

MBrady: "If you are afraid to fly, then don't. If taking a nap is an accepted procedure, why are you not okay with it? I'd rather have a pilot take a nap cruising at 30,000 feet, then to feel tired as he/she is trying to land the plane."

Aeroman: "On long haul flights, all pilots rest. Most of the time, there's separate crews, and one flies while the other rests, and then they switch once or twice. In Canada, apparently it's acceptable to forego the extra crew for a 'controlled rest.' While I would rather have the extra crew, I'm not very concerned by this. So no."

Some have given up on flying.

JRSouth: "I am one of those that quit flying altogether. Many planes are far too old, and pilots are underpaid and overworked. It is a system asking for trouble. In addition, I dislike the extreme security measures. Sure, they are necessary, but it is also unnecessary for me to fly. The reason we have to fly is that there is no national railway system. Planes used to be the luxurious way to travel. Now, they are simply a flying bus service, the de facto railway system in the sky. I think the system is stupid and I refuse to fly ever again."

Maybe the truth is out there, somewhere.

DavidLevinsn: "This story seems too stupid to believe. It's almost like a bad cover story that the government would use in a show like the X-Files when an airplane collides with a UFO ..."

JCDavis: "Sounds like your typical UFO encounter that, after browbeating the pilot for months, gets blamed on some combination of fatigue, hallucinations, and Venus. (And as this happened late at night, Venus should have been below the horizon, right?)"

Captain: Can you fly this plane, and land it?
Co-pilot: Surely you can't be serious.
Captain: I am serious... and don't call me Shirley."

Sabine Heppner Skurnack: "Sure, you would swerve to avoid a raccoon, but would you swerve to miss another planet too? HAHAHAHAHA"

Chuck Norris would have none of this.

hingedlwnb: "Chuck Norris does not hock loogies. Loogies propel themselves from Chuck Norris with the power of a round-house kick."

This reader also referred to the airline as "Err Canada."

Heguido: "Air Canada is the best way to fly ... even inside our planes."

What do you think? Share your opinion or crack a joke in the comments area below. Or sound off on video via CNN iReport.