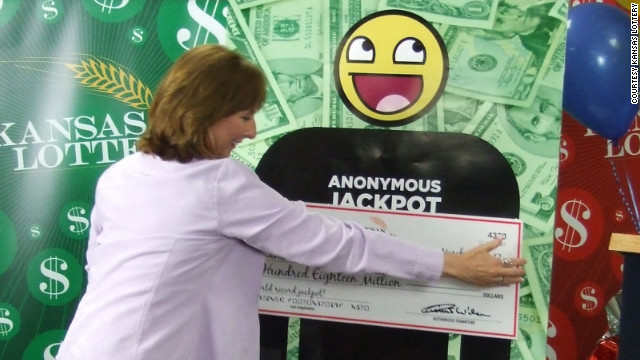 ‚ÄúI figured the quieter I keep it, the better we are to get it set up and get it going before we did the claim,‚ÄĚ Merle Butler said.

Another past Lotto winner from Illinois said, ‚ÄúEverything went well with me,‚ÄĚ before saying she‚Äôd prefer not to discuss it further.

‚ÄúAnytime you‚Äôre a public figure, you‚Äôre going to attract attention from people who want to take things from you,‚ÄĚ he said. ‚ÄúMost of us wouldn‚Äôt be too happy if the amount of our paychecks was in the newspaper.‚ÄĚ

That‚Äôs because Kansas and Maryland allow it. According to the website for Powerball, another multistate lottery, Delaware, North Dakota and Ohio are the only other states that permit lottery winners to remain anonymous.

‚ÄúOther states may offer to assist you in some way, including such things as the creation of trusts. But generally, you will want to hire an attorney to review the laws in your state to see what options you might have,‚ÄĚ the website states.

While Kansas publicly presented the jackpot check to a cardboard cutout it dubbed ‚ÄúAnonymous,‚ÄĚ Maryland announced that its winners were three school employees who vowed to continue working. The Maryland Lottery presented a check made out to "The Three Amigos" to the winners, who used the oversized IOU to cover their faces.

‚ÄúThe larger the jackpot, the less likely ‚Äď though not always the case ‚Äď that they‚Äôre willing to do publicity,‚ÄĚ she said.

She said lottery officials will ‚Äúcharm them, encourage them, cajole them‚ÄĚ to go public because it‚Äôs a celebration, it‚Äôs fun and it‚Äôs good to get the word out when someone lands a big prize.

‚ÄúWe want this to be a happy experience,‚ÄĚ she said. ‚ÄúWe want to let people know that people win. People always want to know about winners.‚ÄĚ

All too often, however, people have nefarious motives for wanting this information, Boone said. He advises clients to keep mum if they can, knowing that if they ever decide they want their time in the sun, they can go public¬† later.

When a person comes into a windfall, those who know them ‚Äď and many who don‚Äôt ‚Äď suddenly appear, said Boone, who has been advising clients for 27 years.

‚ÄúThat‚Äôs not to say you wouldn‚Äôt want to do something nice for those people, but it could become a full-time job,‚ÄĚ he said.

The best thing a winner can do ‚Äď after they pick themselves up off the floor, of course ‚Äď is to hire a team of professionals to help you manage your newfound wealth, Boone said.

The Butlers, a pair of retired computer analysts, did just that, announcing at the Wednesday news conference that they spent their two weeks in hiding picking out ‚Äúreal good financial advisers.‚ÄĚ

It‚Äôs almost impossible to stay the same person when you unexpectedly run into an immense sum of money, Boone said, but those who refuse to let the money identify them have the greatest success.

‚ÄúThe people who pull that off with grace and integrity are the people who realize that people are more important than money,‚ÄĚ he said. ‚ÄúIt‚Äôs not easy to do when it seems like the entire world is wanting to take something from you.‚ÄĚ