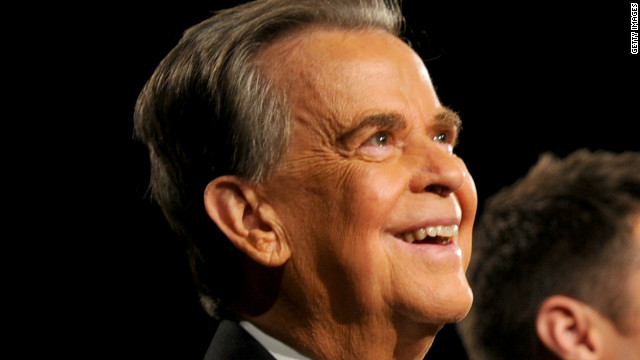 Clark suffered a heart attack while at St. John's Hospital in Santa Monica for an outpatient procedure, his publicist said. "Attempts to resuscitate were unsuccessful."

Photos: Clark through the years

Clark suffered what was then described as "a mild stroke" in December 2004, just months after announcing he had been diagnosed with Type 2 diabetes.

That stroke forced Clark to cut back on his on-camera work, including giving up the hosting duties for the "Dick Clark's New Year's Rockin' Eve" specials. He reappeared as a co-host with Ryan Seacrest on December 31, 2005.

His "American Bandstand" work, which he began as a local TV show in Philadelphia in 1956, earned him the nickname "America's oldest living teenager." The show was picked up by ABC and broadcast nationally a year later.